It’s a sad truth, but according to a study done by Italian and American scientists, one-third of the world’s population and 80% of Americans cannot see the Milky Way.

The Milky Way is an awesome cosmic wonder to behold and to ponder. It is made up of 100 billion solar masses, is 100,000 to 120,000 light-years in diameter and contains somewhere between 200 to 400 billion individual stars!

One would think with the sheer size of this trailing river, we here on Earth would be able to view it anytime we want. Unfortunately, due to light pollution, this wondrous sight is simply not available to millions of people. 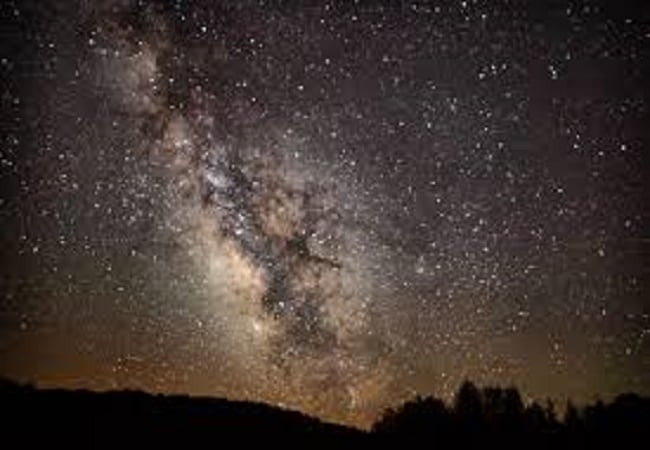 Light pollution is one of those distractions we take for granted…it gets dark and the street lights automatically kick in to illuminate our way. But despite the fact that lights keep us safer in the dark, it is creating a luminous fog that drowns out the stars and constellations of the night sky.

Chris Elvidge, a scientist with NOAA’s National Centers for Environmental Information is saddened by the fact that many people have never seen the Milky Way. He states;

It’s a big part of our connection to the cosmos — and it’s been lost.”

Most people are oblivious to the true nature of light pollution. In fact, in some areas this artificial lighting is actually disturbing the natural rhythms of some insects, birds and sea turtles which can endanger their lives.

Since many people are not aware of what an impact these intrusive lights are causing, Elvidge, along with Kimberly Baugh of NOAA’s Cooperative Institute for Research in Environmental Sciences, developed a global atlas of light pollution published in the journal, Science Advances. To create this atlas the team used high-resolution satellite data and precision sky brightness measurements. It has now produced the most accurate assessment yet of the global impact of light pollution.

For this problem to stop, people have to be made aware of just how impacting light pollution is, especially in places such as Singapore, Italy and South Korea; Canada and Australia still retain many areas of darkness, along with Scotland, Sweden and Norway.

According to the researchers, many of the only places in the US that remain relatively untouched by light pollution is Yellowstone National Park and the desert southwest.

Although, getting the entire world’s population to turn down the lights may be unrealistic and most likely impossible, we can still do our part to reduce light pollution. Turn off those unnecessary lights when you are at home. It will not only cut down on light pollution, but it will save you some money on your energy bill.

And if you ever get the opportunity to behold one of the most beautiful sites there may be, take a good long look at our Milky Way. It truly is a sight to behold…

If you can’t get out to view the Milky Way where you are, check out this amazing video that takes you on a trip through this amazing cosmic river.