Basically, binoculars consist of two terrestrial telescopes. This “terrestrial” (lat. terrestris – earthly, terrestrial) means that there is a prism in the instrument that corrects the image of the observed object.

Namely, the lens twists the image and what is above we see below. This does not bother astronomers because there is no up and down in space anyway, but it would be quite impractical to look at upside down objects on earth through the instrument. That is why this correction is made.

So, the lens in the binoculars creates a reduced, real and inverted image, which is corrected using prisms and thus sent to the eyepiece.

Binoculars are usually engraved with two numbers that describe their main features. Let’s say it says 7×50. The first number (7x) is the magnification information. In practice, this means that an object 700 meters (kilometers, etc.) away seen through binoculars is seen as if it were 100 meters (km, etc.) away from you.

The second number is the diameter of the objective and it tells us about the light intensity of the binoculars. The larger the diameter, the greater the amount of light entering the lens and the objects you observe are brighter and clearer. 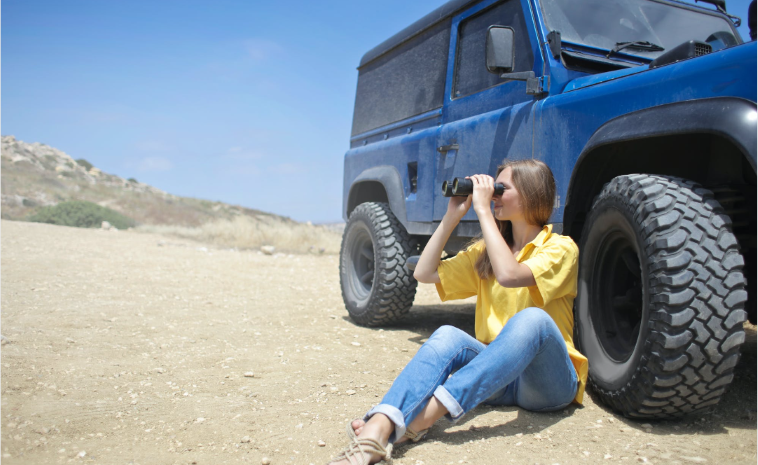 This, of course, is of particular importance for astronomical observations, because these observations are reduced mainly to the observation of low-luminosity objects (stars, nebulae, etc.). For night observations, you should therefore have a lens with as large a diameter as possible. It’s the light output that matters, not the magnification. After all, with a binocular that magnifies over ten times, you can’t see anything special if you don’t have a stand for it because you need to keep it still.

If you have binoculars – great! It’s a great device, sometimes more useful than a telescope. Here’s why.