New Horizons space probe conducted a flyby of Pluto in 2015. Now NASA wants to send it further into the Kuiper Belt. Read on to learn more about New Horizons next adventure.

In 2006, NASA launched the New Horizons space probe to study the planet, Pluto. Up to that point, NASA images sent back by Hubble only gave them a pixelated version. However, it did not provide the answers they were looking for. In 1989, a team led by Alan Stern worked to develop a probe that would give them details about the icy planet. 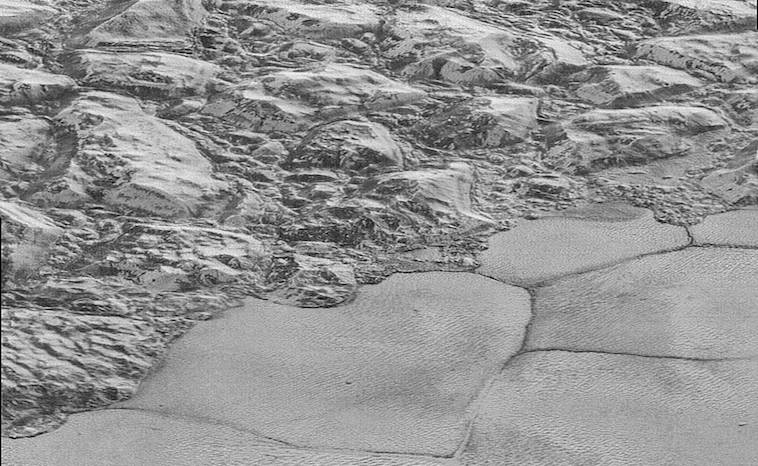 Image of ice mountains on the dwarf planet Pluto

Once they knew they had Ultima Thule pinpointed they quickly worked to find out more about it. From here on, they gathered in Senegal in July 2018, to witness an occultation of Ultima Thule.

An occultation occurs when an object passes in front of a bright object and blocks the light. They used the Hubble telescope to witness the event. As a result, NASA can further project the course set for New Horizons. They learned quite a bit of information from the occultation.

As a result,  NASA team members say MU69 (Ultima Thule)  may not be not a single spherical object. Furthermore,  they suspect it could be an “extreme prolate spheroid” – think of a skinny football – or even a binary pair. The odd shape has scientists thinking two bodies may be orbiting very close together or even touching. However, the object could have a large portion of it gone. Meanwhile, the observation team concluded that the object may be 20 miles (30 kilometers) long. On the other hand, if a pair of objects exists, each may reach about 9-12 miles (15-20 kilometers) in diameter.

“This new finding is simply spectacular. The shape of MU69 is truly provocative, and could mean another first for New Horizons going to a binary object in the Kuiper Belt,” said Alan Stern. So far, the NASA team has collected 5 occultations of Ultima Thule.

In January of 2019, New Horizons will fly by Ultima Thule. For this reason, NASA has tried to learn as much as they can to protect the spacecraft. When New Horizons flies by it, MU69 will be the most distant object ever explored by a spacecraft, over a billion miles farther from our sun than Pluto. By checking the NASA Horizon’s home page, you can follow this exciting time in our space exploration’s search for new worlds.