If you’re not normally an early-riser, you may want to this October (2015) as Jupiter, Mars and Venus are going to be making an appearance in the sky. And if that isn’t enough to wipe the sleep from your eyes in the predawn hour, you might want to know the elusive Mercury will also be joining the other planets.

Why is Mercury “Elusive”?

It’s too bad many star-gazers have been led to believe that Mercury is “next to impossible” to spot, because this truly isn’t the case. The elusiveness of this planet may have been started by well-known science writers like the late Dr. Isaac Asimov whom stated in his book “The Solar System and Back” (Doubleday, 1970);

“…Mercury is hardly ever visible when it is truly dark. Mercury … will be seen only near the horizon in dawn or twilight, amid haze and Sun glare. I suspect, in fact, that many people today (when the horizon is dirtier and the sky much hazier with the glare of artificial light than it was in centuries past) have never seen Mercury.”

However, despite Asimov and others Mercury will be making itself known all this month in the same general direction as the Sun. 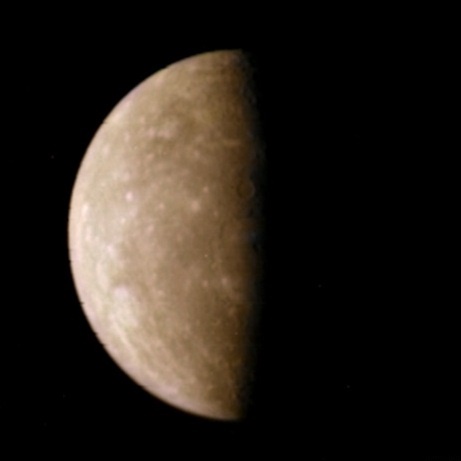 “Mercury-real color” by Images processed by Ricardo Nunes; source images are in the public domain (NASA). – Licensed under Copyrighted free use via Wikimedia Commons

Luckily for us star-gazers, Mercury will be easy to see from now until Halloween (October 31st) just look to the left of the other three planets – during the morning twilight, above the Eastern horizon, from about 30 to 45 minutes before sunrise you will spot a bright yellowish-orange dot – that’s Mercury.

However, like Venus, Mercury also appears to go through phases and was much dimmer earlier this month. But now since its surface is being illuminated by the Sun it will continue to gain luminosity until the end of October. By month-end, Mercury will reach its brightest magnitude (-1.0) and will outshine every star in the night sky except the brightest of them all, Sirius. On October 30th get ready to view Mercury in its full glory as it will appear side-by-side with Virgo’s bluish first magnitude star, Spica – you will need binoculars to view Spica as it will only be about one-sixth that of Mercury.

Check out these quick facts about Mercury that you may not have known or you still find mind-blowing if you did.

Don’t miss out on Mercury’s October viewing. Wake up your family and friends, grab some granola bars and head out to watch this amazing planet. Who knows what other wonders you may spot while taking in this awesome view.