Where did all the stars in our galaxy come from? What does the galaxy look like when you can see all the light? Read on to learn more about mapping the light in space.

An amazing new map shows all the light distribution in the Milky Way Galaxy. The research, published in the Monthly Notices of the Royal Astronomical Society, shows how the stellar photons within the Milky Way control the production of the gamma-rays — the highest energy photons in the Universe. The map, made by an international team of researchers at the University of Central Lancashire, revealed fascinating information. The research, funded by the Leverhulme Trust, brought together optical and infrared astrophysics and astro-particle physics.

Researchers used complex computer calculations to track the movement of light particles through our galaxy to create the map. This new method involved computer calculations that followed the destiny of all photons in the Galaxy, including the photons emitted by interstellar dust as infrared (IR) light. While creating the map, the scientists also discovered how stellar light affects the production of gamma rays, through interaction with cosmic rays. Cosmic rays, high-energy electrons and protons, control star and planet formation and the processes governing galactic evolution. They promote chemical reactions in interstellar space, leading to the formation of complex and ultimately life-critical molecules.

“We have not only determined the distribution of light energy in the Milky Way, but also made predictions for the stellar and interstellar dust content of the Milky Way.” Professor Cristina Popescu

Researchers hope their findings will provide new insights into the make-up of our galaxy and how stars in spiral galaxies such as ours form. Interestingly, their research revealed how light from stars controls the production gamma rays. They tracked all the light from the stars and made prediction for how the Milky Way should appear in ultraviolet, visual and heat radiation. That calculated information gave them a complete picture of light distribution throughout our galaxy. 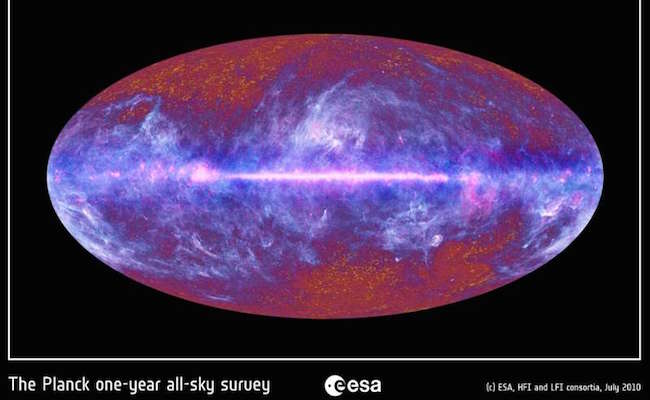 Researchers conclude that working backwards through the chain of interactions and propagations allowed them to see the source of the cosmic rays. Dr Richard Ruffs, one of the co-authors of the study, said: ‘It has to be noted that looking at galaxies from outside is a much easier task than looking from inside, as in the case of our galaxy.’ They believe that half of the matter in our Milky Way may have come from distant galaxies.

Using supercomputer simulations, Astrophysicists from Northwester University in Illinois found an unexpected mode of acquiring matter. They named it intergalactic transfer. Their simulations showed that supernova explosions release huge amounts of gas from galaxies. This explosion causes atoms to transfer between galaxies through powerful winds. The new research may help them understand how galaxies evolve.

How long would it take for this transfer to take place? Experts believe that this process occurred over several billion years. They have measured galactic wind speeds of several hundred kilometres/second. They believe that much of the Milky Way’s matter may have travelled by wind across space. Dr Anglés-Alcázar said: “In our simulations, we were able to trace the origins of stars in Milky Way-like galaxies”. While tracking the complex flow of matter, they discovered that gas flows from smaller galaxies to larger galaxies. Once they arrive the gas forms stars.

The findings open a new line of research in understanding galaxy formation. The prediction of intergalactic transfer can now be tested.

Professor Faucher-Giguère added: “Our origins are much less local than we previously thought. This study gives us a sense of how things around us are connected to distant objects in the sky.”

An Astronaut’s Final Message to Earth Before His Death

Traveling the Surface of the Moon by Car