Depending on what part of the world you hail from, this week (November 24th – 30th) can bring you a huge Thanksgiving feast (US) the Day of the Rooster (Japan) or perhaps even a feast for the monkeys (Thailand). However, after the party is over and night begins to fall, take some time to look up and appreciate the show our Universe is putting on all this week. Check it out!

This night is the perfect time to view the constellation of Orion. If you’re in the Eastern part of the world, “the Hunter” will climb into perfect viewing about 9 pm.

Orion may be one of the most well known out of all the mythological people. He was thought to be the son of Poseidon (a sea god) and the daughter of King Minos (Euryale). Orion was described as a hunter who was the most handsome of all men and armed with an unbreakable bronze club.

In one legend, Orion falls in love with the seven sisters, the daughters of Atlas and Pleione. As Orion started to pursue these young women, Zeus scooped them up and placed them in the heavens. To this day Orion can still be seen chasing the Pleiades across the night sky. 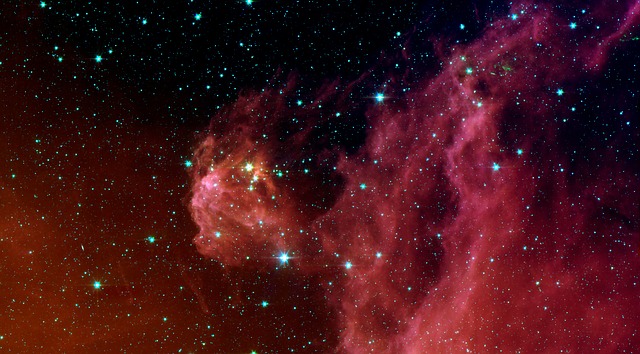 November 25th – The Moon and Aldebaran

On this night from parts of the United States the bright star Aldebaran (the eye of Taurus the Bull) will be completely covered by the moon before dawn breaks. In other parts of the world, the moon will only make a “close encounter” with this celestial wonder.

Out of all the stars that make up the Taurus constellation, none shine brighter than Aldebaran (Alpha Tauri). This orange giant is not only the most luminous in Alpha Tauri, but it also shines the 13th brightest in the night sky. Its name is derived from the Arabic language (al-dabaran) meaning, “the follower,” because it appears to be following the Pleiades or “Seven Sisters” across the heavens.

November 26th – The Moon and Taurus

Be sure to check out the constellation Taurus which will be situated at the upper right of the moon as they rise together on this night. The V-shaped face of the bull is actually formed by the Hyades star cluster and Taurus’ brightest star, Aldebaran, forms one point of the “V.”

Taurus is also not without its legends and tall tales. In Greek mythology, Zeus took on the form of a bull in order to gain the favor of the daughter of King Agenor of Phoenician. As the story goes, Europa noticed the handsome bull (Zeus) and was drawn to sit on his back. Once there, Zeus (still as the bull) fled to Crete where he finally revealed himself to the princess. The couple went on to have three sons including, Minos, who grew up to be King of Crete. Zeus later commemorated the bull by placing it in the night sky.

Although doomed to explode as a supernova, Betelgeuse will still be available for viewing on this mid-evening as it climbs into view on the right of the Moon in the Orion constellation.

Betelgeuse is also known as, Alpha Orionis and is the star located in the upper left corner of the large rectangle forming “the hunter’s” body. It also marks the center of the Winter Hexagon and is one of the stars that makes up the Winter Triangle

The star Lambda Geminorum climbs into view with the moon in close proximity around 9 pm on this night. This star represents the knee of Pollux (one of the twins in the Gemini constellation) and is a variable star with 2.1 times the mass of the Sun and shines 28 times brighter.

In Greek mythology the twins of the Gemini constellation, are indeed twins, but not to each other. As the story goes the Spartan Queen Leda had two sets of twins, one by the god Zeus and the other by her husband, King Tyndareus; the king’s children were mortal and the children by Zeus were immortal. The children grew up together and the two half-brothers (Castor (mortal) and Polydeuces (Pollux)) were very close. Castor excelled at horsemanship and also at fencing, while Pollux was an unbeatable boxer. With these skills the two were soon recruited to be a part of the Argonauts and their mission to get the Golden Fleece.

Want to get a great look at the Gemini Twins? This night by 9 pm in the east they will be there for all to see. The more than half-illuminated moon will rise directly below the pair, then follow them across the night sky for the rest of the evening.

If you are in the east, Orion will be in a great position for viewing around 9 pm as he climbs higher into the evening sky. To help located the “Hunter” look for the three fairly bright stars illuminating from his “belt” as they will be pointing straight up from the horizon.

If you have celebrations going on this week, be sure to take some time in the evening to look up and behold what the stars are displaying. If you aren’t filling up on festival cheer, then gather your friends and family around to celebrate the stars above. It’s sure to be great fun!