We know the International Space station is orbiting around our planet, but unless it hits the news, we tend to forget about it…out-of-sight, out-of-mind.

But luckily the ISS will be at the forefront of all star-gazers minds the next few days as it slips out of Earth’s shadow and into the sunlight allowing it to put on it’s best show of 2016.

When will it appear?

The ISS started to be visible in the night sky on Thursday, May 26th at 13:14 Universal Time (UT) in the northern hemisphere. It will follow a lighted orbit until May 30th at 19:25 UT; this occurs twice a year within a few weeks of either solstice. 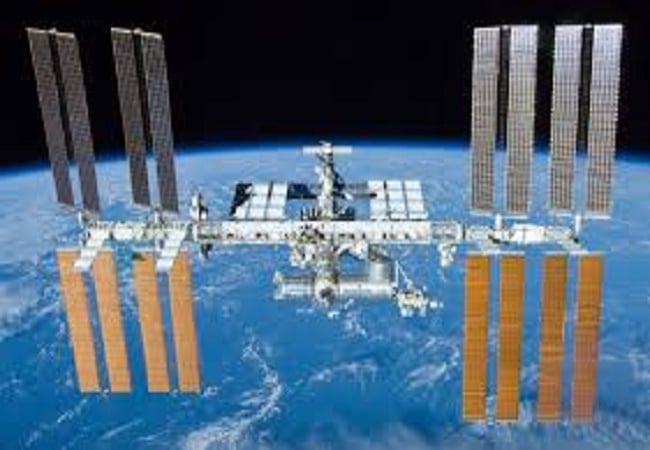 In fact, if you pay attention, you will see the ISS several times a night. So if you think you’ve missed it, keep your eyes pealed, because the ISS orbits Earth once every 93 minutes at an altitude of 251 miles. This means the United Kingdom, for example, (which sits along latitude 50° to 60°N) will see four to five passes in a single night.

This altitude is important as it, not only allows us to periodically catch a glimpse of it, but this inclination also allows all spaceports worldwide to have access to it.

What’s the view from the ISS window? Check out this time lapse video that shows the Earth zipping past.

It is quite the show!

Shine On Brighter Than Venus

When the International Space Station passes overhead, it can shine at a magnitude of -5. This is brighter than Venus. If you peer through a 15 x 45 Imaged-Stabilized pair of binoculars, you will just be able to make out the structure of the ISS. Without the magnified pair of eyes, the station can look like a tiny box or a small glowing pinprick in the heavens.

NASA refers to this time-of-year as the “High Beta Angle Season.” But no matter how good the show is for us land-bound, NASA has some special work to do because of the extra heat that is present on the ISS at this time. NASA literally “feathers” the station’s huge solar panels in order to create shadows or shade for the vessel. This helps reflect the Sun and keep the ISS cool. 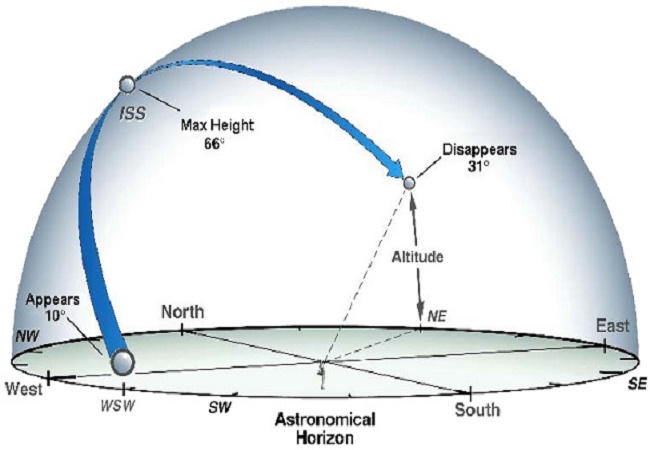 If you don’t want to take a chance on missing this event, you can utilize one of the many tracking websites or apps out there. NASA’s even has Spot the Station email alerts.

Sky & Telescope’s Satellite Tracker and Transit Tracker tools also provide predictions for not just for upcoming passes, but for upcoming transits as well. This even includes when the ISS passes over the face of the Moon.

Don’t miss this awesome event. Grab your friends and family and a good set of binoculars (for a close-up look) of the International Space Station as it passes by Earth on it’s important mission.