What would happen if the Earth lost its tilt? How would the temperature in your area change? Read on to learn more about the Earth’s tilt.

Earth would not experience seasons if it rotated upright in its orbit. Earth goes through a cycle of seasons because of changes in the amount of solar energy that Earth’s Northern and Southern Hemispheres receive at different times of the year. Due to the circulation patterns in Earth’s atmosphere, the Northern and Southern Hemispheres are mostly isolated from each other and exchange little heat. When one hemisphere receives more solar energy than the other, it grows rapidly warmer.

If the Earth Did Not Tilt 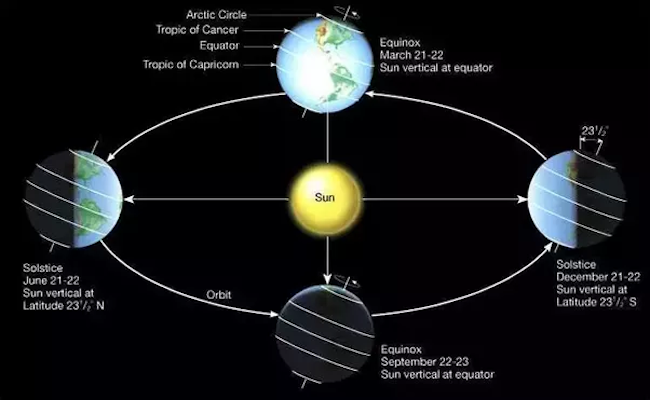 Changes to the Seasons

According to Don Attwood, an ecological anthropologist at McGill University in Montreal, humans would probably never have advanced past a state of living in small, scattered settlements. Their survival would completely rely on scrounging for survival. The impact of horrific insect-borne disease would lead to many deaths. Movement away from the equator would lead to colder bands of air. With continuous winter in the higher regions, most humans would choose to live near the equator. Due to the angle of our orbit, most of the areas near the equator tend to stay at a constant temperature.

A humid environment allows pathogens to thrive. Several tropical diseases that come from humid environments include HIV and Ebola virus. The spread of these diseases would prove devastating to humankind. Winter prevents the spread of deadly diseases all over the world. For example, harsh winter conditions kill off parasite and microscopic organisms. Aside from its role in stifling the growth of deadly pathogens and their insect carriers, winter has been vital for human development in many other ways. For example, wheat grows in colder climates. Other essential food crops, including corn (maize), potatoes, oats, and barley, also grow better where there are cool or cold winters.

Cold weather promotes invention, and without invention, people would freeze to death. Modern technology developed lots of ways to help people keep warm. From the early days of civilization where men and women huddled around a fire, the invention of stoves and furnaces helped to prevent death in the winter. During the 18th century, the discovery of coal to warm homes and power machines improved technology, overall health, and comfort in society.

The tilt of the Earth remains vital to our existence. Scientists debate whether that tilt could be impacted by climate, but more likely, something of great impact would be the only way for the tilt to shift. The change of the seasons continues to aid in our survival.