Have you ever seen a false Sun?

The appearance of false Suns is not a modern invention. False Suns have been recorded in historical writings in various parts of the world. But what exactly is this unusual phenomenon? Let’s find out!

It was necessary to know the refraction of light and meteorology in order to rationally explain these phenomena.

The false Sun (or plural) can be seen in daylight at 22 ° on the left and / or right side of the Sun. These are bright spots of concentrated light and it is not at all uncommon to replace the false Sun with the real Sun, especially when the real one is obscured by an obstacle. 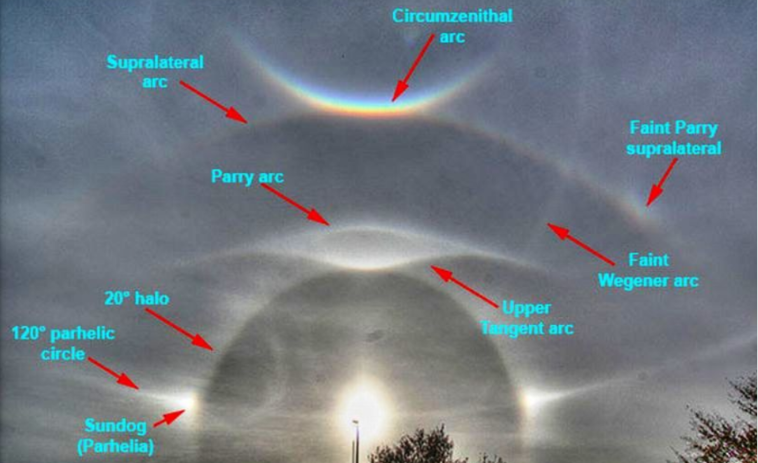 Sunglasses with their characteristics help us to notice the reflection of hexagonal ice crystals in translucent clouds high in the atmosphere. They can most often be observed after dawn and in the evening before dusk, although they can appear at any time of the day, depending on the condition, characteristics and temperatures in the atmosphere. The false Suns are parallel to the horizon, and we can easily notice the color range.

A powerful light can appear in the morning or evening that rises high, or below the Sun towards the horizon.

It is a striking sight that belongs to the atmospheric optical effects and phenomena. The reflection of light from tiny ice crystals arranged in height all the way to the upper edge of the troposphere and even towards the stratosphere makes the appearance of a light tower to the sky.

They are especially noticeable when they appear at sunset or when the sun is already below the horizon.

Light poles of this type of optical atmospheric phenomenon can also arise from other light sources, the Moon for example, and even artificial lighting if a whole range of atmospheric conditions match. The scenes look unreal and alien, last a short time and the magic disappears as soon as “midnight rings”. 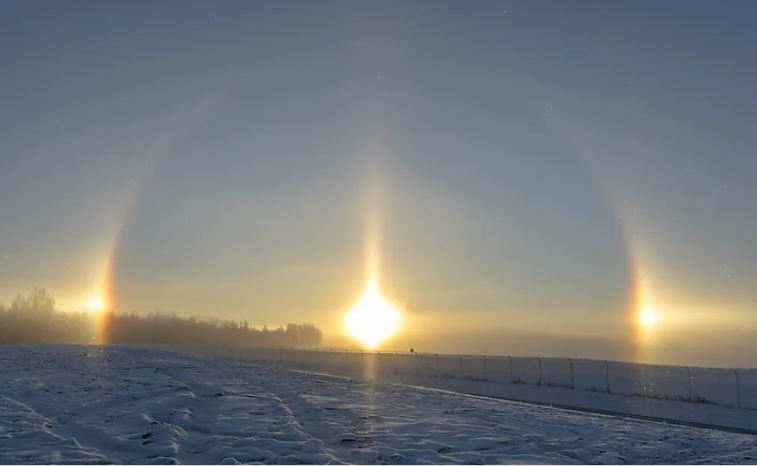 Not a small number of modern “lighting architects” are trying to sell to cities, municipalities and companies a promise of light games in the sky.  But such natural atmospheric optical effects cannot be achieved by pointing the spotlight at the sky! By doing so, they are grossly violating the Law on Light Pollution and causing a whole series of negative consequences for humans, flora and fauna.

Sooner or later, you will also see fake suns (also called Sundogs) and pillars of light, so stop, look, record data, take photos! We will be happy to publish your photos of nature, of which we are an inseparable symbiotic part.

The sliver of sun turned water crystals among the coal-colored clouds into the halo of a sundog. — B.V. Lawson