Grab Your Sunscreen, You Are Going to Need It

What do you know about the Sun? Do you know how far away it is? How hot is the surface? What would happen if scientists sent a spacecraft to the sun? Well, buckle your seat belt and grab your sunscreen because your trip to the Sun is about to begin.

What Do Scientists Know About the Sun?

Scientists know many interesting things about our Sun.

Why Do They Want to Visit the Sun?

Scientists want to know more about the special part of the sun called the Corona. When we have a solar eclipse, you can see the Corona. Remember to never look directly at the sun, even during a solar eclipse. The Corona is the atmosphere of plasma that surrounds the sun. When particles fly away from the Sun and head toward the Earth they are called Solar Flares. Once these flares reach the Earth they causes a Geomagnetic Storm. A geomagnetic storm is a temporary disturbance of the Earth’s magnetosphere. When the magnetosphere is disturbed it can cause disruptions in radio waves, infra-red, light, ultraviolet and X-Rays. Items such as cell phones, radios, and the internet are often affected. Scientists want to learn more about these Solar Flares to see if they can predict when they will occur. How are they going to get close enough to find the answers? 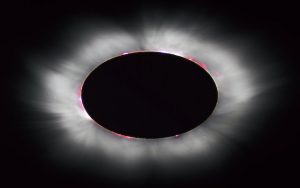 The Solar Probe Plus

Using a special machine called the Solar Probe Plus, NASA will send out the specially designed craft to visit the Sun. The Probe will come within 4 million miles of the Sun and take 6 years to complete its fact finding mission.

“Solar Probe Plus will be hurtling around the sun at approximately 450,000 miles per hour! That’s fast enough to get from Philadelphia to Washington, D.C., in one second.”

As it circles the sun, solar winds will electrically charge the unit, which may interfere with the instruments measuring and collecting data. The craft will also heat up from the extreme heat and as it flies away space will cool it down. This mix of hot and cold would certainly damage the craft, so NASA designed some special heat shields to protect it.

Here is what NASA hopes to find out:

If the mission is a success, NASA will have the answers to all of these questions. With these answers, they may be able to predict when solar flares will occur, and may be able to prevent a disruption with our everyday electrical items. It will be exciting to see what they find out, but we must remember to exercise great patience, for the six years may seem like forever.