Aren’t you super curious to learn more about the universe in small, bite-size pieces? Let’s dive in together!

Planets of our solar system

In ancient times, it was not known that planets existed, but it was noticed that some stars move and some stand still. These others were called standing stars (although they also move, but this movement is almost imperceptible due to the great distance), and the first ones were called moving stars by the ancient Greeks, that is planets. This is derived from the ancient Greek ἀστήρ πλανήτης (astēr planētēs).

In those times, people knew about Mercury, Venus, Mars, Jupiter, and Saturn. Uranus and Neptune have only recently been discovered by telescopes. Together with the Earth, there are eight planets in the solar system.

In somewhat older literature, you will find that Pluto is also a planet, but Pluto was deprived of that status in 2006 at the assembly of the International Astronomical Union, when it was classified as a dwarf planet.

Or more precisely: Cosmic Microwave Background. It is the heat radiation in space that has its origins in the Big Bang.

It is the star that occasionally, in an interval measured in hours, and at most years, changes its brightness.

In some variables, the change in brightness occurs due to physical processes in the star, and in others due to external causes (for example, due to eclipses by a different stellar body).

Calculating the distance from us to the Sun has a long history. In the old days, it was measured as approximate, and the first valid mathematics was given by Aristarchus of Sam.

He was an astronomer and mathematician who lived from 310. until about 230 BC. He calculated this distance geometrically – and got a completely wrong result. But that was inevitable (because Aristarchus did not have the necessary measuring instruments), however, his geometry was accurate and that is why he remained remembered in history.

It is impossible to write the exact and precise value of the distance of the Sun from the Earth with one number, because that distance changes every second. Normally, because the Earth orbits the Sun in an elliptical path. But given in three different values the distance is as follows:

And here’s why you should remember: it turned out that the distance Sun – Earth is convenient for measuring the distance in the solar system.

The word revolution is actually a word from the astronomical dictionary, and it means the movement of one body around another, for example the Earth around the Sun, the Moon around the Earth, etc. This word was later taken over by sociologists and given a completely different meaning.

The word comes from the Latin satelles which means companion. In astronomy, it is primarily a celestial body that orbits the planet (asteroids, comets, etc.) and thus follows it on its path around the parent star. 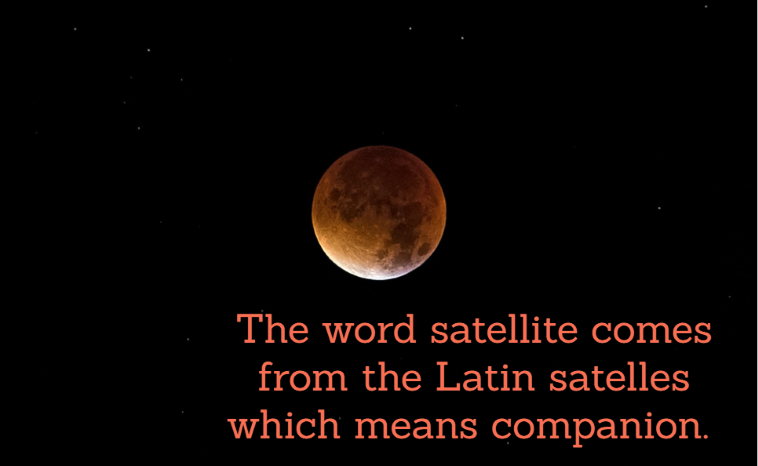 There are also artificial satellites, but since the USSR launched its Sputnik 1 in October 1957, everyone already knows that, right?