One the most intriguing and fascinating stargazing sights has got to be the globular cluster. These clumps of stars appear all over the galaxy and our very own solar system. Let’s explore the globular further to discover what it is really all about.

What Is a Globular Cluster?

A Globular Cluster is (as the name would suggest) a huge “glob” or a dense collection of stars all tightly bound to one another through gravity that in turn forms a rough spherical shape. One globular cluster can contain several hundred thousand or even millions of stars.

The Milky Way has approximately 152 known globular clusters that are estimated to be at least 10 billion years-old. In fact, the Milky Way is thought to hold some of the oldest stars in the galaxy. In addition, these clusters contain many intermediate-mass yellow stars and low-mass red stars, yet lack any O and B type stars, another clear indication of their advancing years.

These celestial wonders orbit around Earth about and over 130,000 light-years distant. Globular Clusters have also been associated with most other significant galaxies; however, some like the Sagittarius Dwarf galaxy appear to be in the process of giving its globular over to the Milky Way. 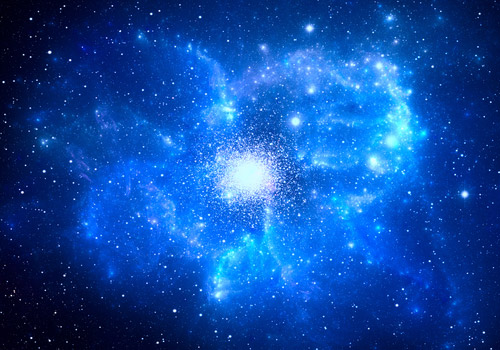 The History of the Globular Cluster

In 1665 the first globular cluster was found by Johann Abraham Ihle, an amateur German astronomer; however, since the apertures of this era’s telescopes were inferior, it took over a hundred years (1746) before Charles Messier was able to observe some of the stars of these celestial beauties.

By the year 1782 there were only 34 known globular clusters when William Herschel used a more powerful telescope and began searching the night sky. He found 36 new globulars and was able to pinpoint individual stars. As the years past, more and more globulars were found; reaching 83 in 1915, 93 in 1930 and 97 by 1947.

Today we know there are more globular clusters to be found, but astronomers believe some may be hidden among the gas and dust of the Milky Way.

The Scientific Significance of the Globular ~ Questioning Their Growth

Science has proposed that since the stars found in a globular cluster are all so closely packed together and in the same phase of their stellar evolution, they must all be about the same age (some date back to the formation of the universe)! However, both scientists and astronomers are now questioning this once widely-received theory.

With further studies we are now discovering some globular clusters (like the Large Magellanic Cloud) are showing a distinct population of younger stars. This could be from the clusters encounter with giant molecular clouds that will trigger new star “growth.” Another possibility for the new stars has also be linked to the finding of clusters with clusters, meaning some of these globulars may be merging with newly formed or older globulars.

Out of all the globular clusters known to man, none are more impressive than the Omega Centauri globular. This luminous beauty has 5 million times the mass of the Sun, with a diameter of 230 light-years, making it 10 times bigger than a typical globular cluster. It is estimated to hold about 10 million stars with different stellar populations, which could mean that Omega Centauri may be a remnant of another galaxy that has merged with the Milky Way.

Although this globular cluster is one of the few visible to the naked eye, it is best resolved through a telescope from the Northern hemisphere in late May, June and early July. To find Omega Centauri look to Spica (the brightest star in the Virgo constellation) as your guide; follow the Big Dipper’s handle arc to locate Spica. When this globular cluster is at its brightest and best viewing times, Spica and Omega Centauri will appear due south and reach their highest point in the night sky in unison.

Now that you have discovered all the globular cluster has to offer, be sure to check out the stream of the Milky Way to visit these sparkling celestial wonders.

Name a star now! - Globular Clusters ~ More Than Just a Clump of Stars