In case you haven’t looked up into the night sky lately, you may not have known the North Taurid meteors are in town and putting on quite the show.

This year (2015) has been a stellar year for viewing these fireballs streaking across the night sky (no telescope required). The Taurid meteor showers are divided into two categories — North and South — and for the next two nights November 11th and 12th, the North shower will be at its peak. To further the good news, the moon will be cooperating as it’s in its “new” phase which gives us a nice dark sky. If you want to catch the closing act of the Taurids, here are a few handy tips to make your viewing even better.

There has been many reports and blustering about “how awesome” the Taurids have been this season, but depending on where you’re located, the weather and the light pollution, you may only see a few each hour. Hope for the best, but don’t be disappointed if you only catch a glimpse of a few meteors.

Although these meteors will zip all over the night sky, it is still helpful to know the radiant point, or in the Taurides case, the constellation of Taurus. This constellation is located not too far from the Pleiades star cluster (the Seven Sisters). According to EarthSky online; “Taurus rises over the northeast horizon around 7 to 8 p.m. at mid-northern latitudes. At temperate latitudes in the Southern Hemisphere, Taurus rises a few hours later.”

What really makes the Taurid “storm” spectacular are the fireballs that are predicted to occur. These super-bright meteors can happen at anytime during the storm, so keep your eyes peeled as these are an awesome sight to behold! 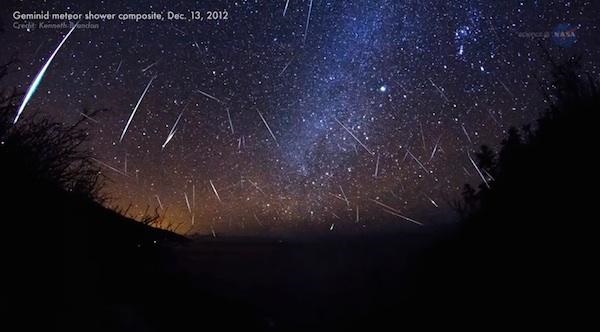 This display is not for the “early to bed, early to rise” crowd. The peak times to see the Taurids is around midnight, as this is when Taurus is well above the horizon in all locations.

If you just can’t stay awake until midnight, you may still be lucky enough to spy an Earthgazer meteor. This celestial wonder is a slow-moving meteor that travels horizontally along the sky and actually lasts quite a long time. Still fun to see and great for the kids!

Tip # 6 – Everyone is Welcome to Attend

It doesn’t matter whether you’re a novice or a pro at sky-watching, the Taurids only require a dark night sky away from light pollution and, perhaps, a comfy lawn chair to sit back and watch the show from.

Be sure to catch this spectacular display of meteors and fireballs this November. Although, the Taurids is peaking within the next couple of nights, the chances of spotting a meteor all November long is better-than-average, so get out there and enjoy the show.