Astronauts encounter risks when traveling in space. Whether they are on the International Space Station or traveling on the moon, they may experience an injury. How are they prepared to deal with an injury? Read on to learn more about first aid in space.

Space travel comes with risk. Most times, the assumed risk revolves around the spaceship itself. Will it fly correctly while leaving Earth’s atmosphere. In the coming years, NASA plans to send several astronauts back to the moon. By 2030, they would like a manned mission to Mars. What first aid protocol has NASA added to these missions?

One must imagine that at some point, there will be a medical emergency in space. Although astronauts have their wisdom teeth and appendix removed, non-essential human parts, they may experience a significant injury. An astronaut may have a heart attack or have a piece of equipment hit them in the head. For these reasons, NASA has specific training in place for such events.

“The exposure to the space environment itself disturbs most physiological systems and can precipitate the onset of space-specific illnesses. For example, events such as cardiovascular deconditioning, acute radiation syndrome, hypobaric decompression sickness, and osteoporotic fractures may occur,” he says.

If a doctor on board becomes ill, then crewmembers may need to perform first aid. Furthermore, they may also have to perform surgery in a zero-gravity environment.

Training for An Emergency

How exactly does one perform CPR in zero gravity? Jochen Hinkelbein of University Hospital of Cologne in Germany points out that cardiopulmonary resuscitation (CPR), will be almost impossible in microgravity. Typically, chosen astronauts display an overall healthy appearance. However, that does not mean that they cannot experience an event requiring CPR.

Hinkelbein suggests the best method of CPR for confined spaces with zero gravity is a procedure known as the Evetts-Russomano method.

On Earth, the weight of our bodies is used to perform the compressions of the chest. However, in space, our body weighs nothing! To be more precise, we are in a state of weightlessness. Therefore, in space, giving chest compressions depends more on the force and strength of the upper body muscles of the person providing the CPR. (Innovaspace 2020)

Another problem arises when giving chest compressions. When one pushes the chest, they also are pushing themselves away from the person. The Evetts-Russomano method solves this problem. It involves wrapping one’s legs around the heart attack victim to prevent her or him from floating away while simultaneously compressing the chest. 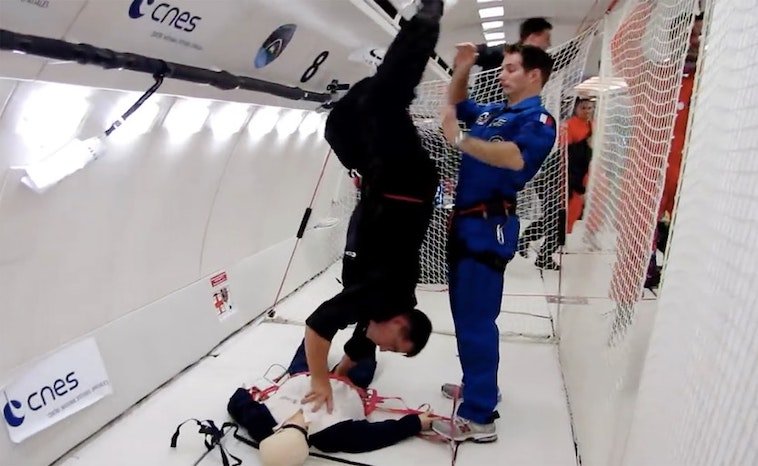 Plans are underway to send astronauts to space in the 2030s. The journey takes eight months and exceeds 100 million miles. The crew cannot just hop a plane back from the red planet during an emergency. The Translational Research Institute for Space Health (TRISH) has been tasked with finding solutions to medical issues in deep space. It has a partnership with Baylor College of Medicine, the California Institute of Technology, and the Massachusetts Institute of Technology. The Institute will fund $2 million worth of medical research. For example, they want to know how to covert medical advancement Earth and apply it to space travel.

Grants have been awarded for medical research to these facilities. It will be interesting to see what they develop to keep astronauts safe in space.