Discover our dwarf planet Pluto! Why is it called a dwarf planet? Did you know astrologers still view Pluto as a traditional planet? Read about what Pluto looks like, where it is located in our galaxy and how you can view this dwarf planet from Earth!

The dwarf planet Pluto is named after the Roman god of the underworld. Pluto was discovered in 1930 by American astronomer Clyde Tombaugh and was, until 2006, classified as the ninth planet in the solar system.

This dwarf planet has a reddish color and its size is smaller than our Moon. The surface consists of valleys and ice mountains. The Norgay Montes mountain range shows mountain peaks up to 3300 meters high! Pluto’s atmosphere is very similar to that of Triton, Neptune’s moon. Pluto is the ninth largest object in a direct orbit around the sun.

Pluto and our galaxy

Dwarf planet Pluto is located in the Kuiper Belt, the outer zone of the solar system. Its orbit around the sun is non-circular. As a result, for 20 years of its total 248-orbit, Pluto orbits closer to the Sun than the planet Neptune. Despite these eccentric orbits, Pluto and Neptune will never touch, as they rotate in their own orbits.

The dwarf planet in comparison to other astronomical objects

The IAU (International Astronomical Union) decided in 2006 that a planet is an object spherical in shape as a result of its own gravitational pull, that orbits a star and has cleared the surroundings in its trajectory of other objects. Pluto fulfills the first two conditions, but not the latter. This cast doubt on its classification as a planet. A new intermediate category was created for comparable celestial bodies: dwarf planets. Pluto is now classified as a dwarf planet along with numerous celestial bodies, including Eris and Ceres.

Pluto has five moons: Charon, Nix, Hydra, Kerberos, and Styx. The largest moon Charon has so much mass that Pluto and Charon revolve around the common center of gravity. Because of this, both celestial bodies are seen as double dwarf planets. 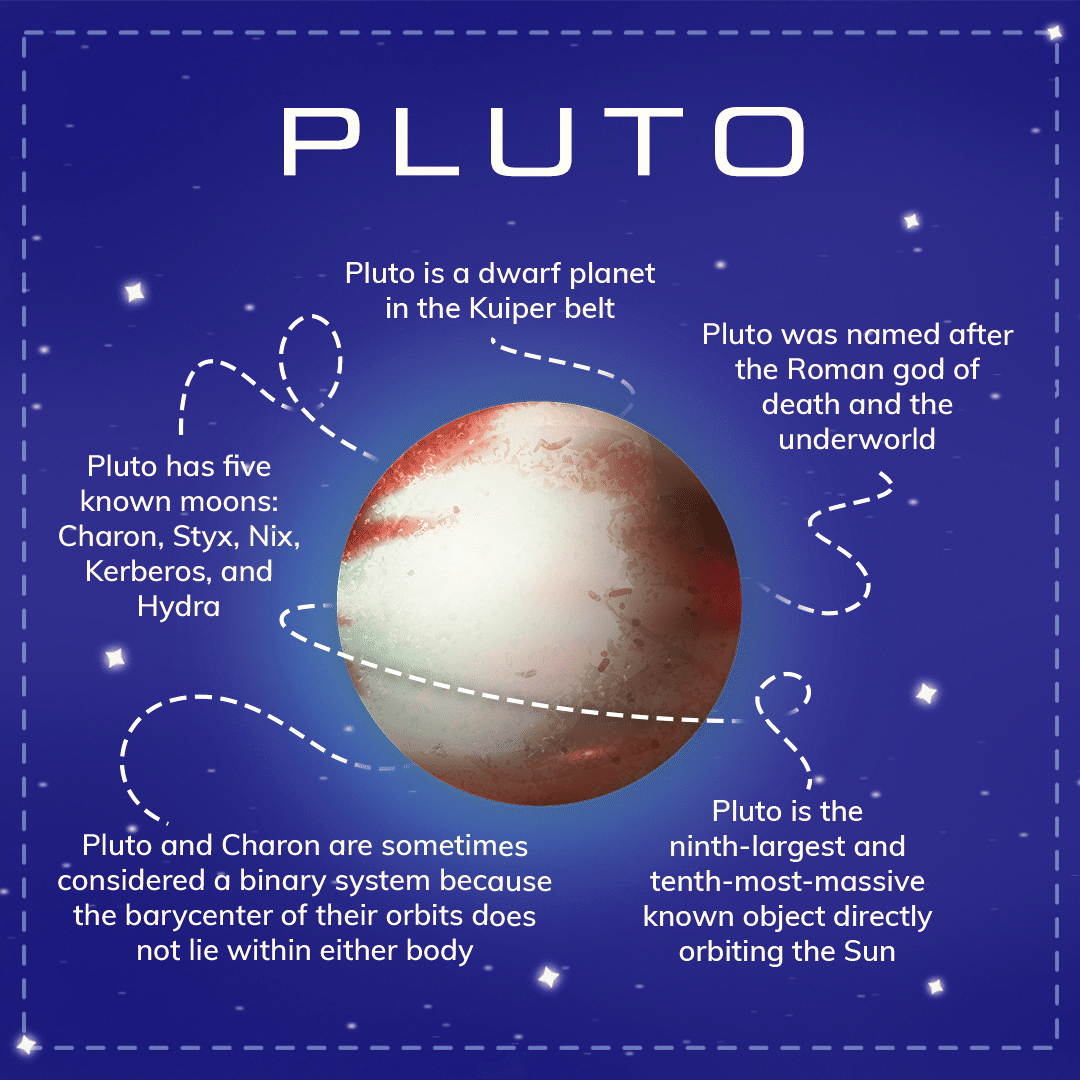 You cannot see Pluto from Earth with the naked eye. The dwarf planet has a magnitude of about 14. With a large telescope and a little bit of luck, you can spot Pluto in the night sky.

Pluto as a planet in astrology

In astrology, Pluto is the most powerful planet. As the ruler of death, rebirth and transformation, this planet provides you with opportunities to deal with old patterns. Astrologers have been working with Pluto since its discovery in 1930. Despite its reclassification in 2006, Pluto is still considered as a planet in astrology. According to astrology, Pluto continues to have an impact on various horoscopes.

A dwarf planet full of surprises!

In this blog, we introduced you to our dwarf planet Pluto. Pluto is the ninth largest object in our solar system and you now know why it is no longer classified as a planet. Are you curious about the other planets in our universe? Travel through our galaxy and view our stars and planets with the OSR Star Finder app!