When he observed the starry sky one night in 1573, Tycho Brahe, the greatest observer of the pre-telescope era, saw a completely new star, so he called it: “new star” or in Latin  “nova stella”. That name was accepted for all new stars, ie. those that shine in the sky and then slowly fade away.

But since then, from the time when Tycho Brahe lived, and he lived from 1546 to 1601, the knowledge about stars and other bodies in space has multiplied, astronomers have noticed important differences between some stars, so mostly today we come across these names: nova, supernovae, kilns and hypernova. What is the difference between them?

Classic novas appear in binary star systems in which the white dwarf star, which is more massive and thus more dominant in the system, “sucks” material from its companion, an ordinary star.

This material, mostly hydrogen, settles on the dwarf until, under gravitational pressure, nuclear fusions in the star are triggered in it, when hydrogen turns into heavier elements. 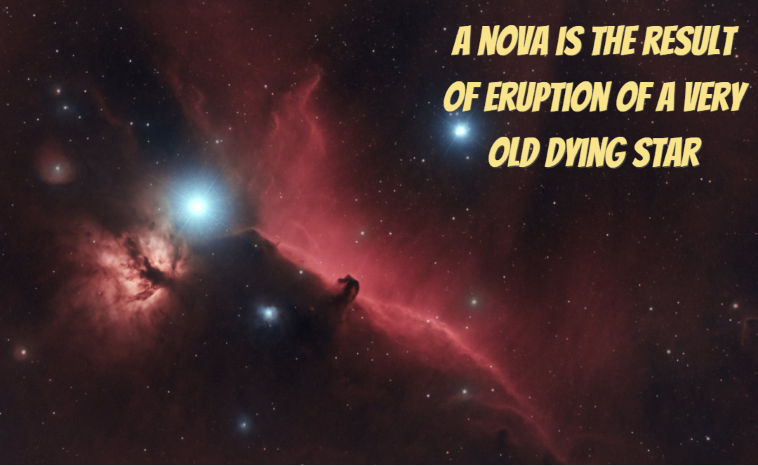 In that process, the temperature increases, and hydrogen burns even faster, which finally leads to the rejection of the upper layers of the star, which releases 10,000 or even 100,000 times more energy than the Sun emits in a year.

But in this process, the white dwarf blows only the outer layer of the material so that it itself remains intact, which means that the same process can be repeated several times.

This rejection of the upper layers is perceived as a strong flash of the star, which makes it visible – and we call it: nova.

These occur when two compact objects, such as binary neutron stars or neutron stars and black holes, collide. These mergers are about 1,000 times brighter than the classic nova, which is, however, much less bright than the supernova.

There are two types of supernovae. When a white dwarf in a binary star system swallow too much material from its companion in its core, a thermonuclear reaction occurs, the star collapses into itself in a grand explosion.

There are two other variants of the type I star. These are Ib and Ic, which are formed by the collapse of the star core of a very massive star. They have lost the outer shells of hydrogen, ie helium, and have a slightly different spectrum from the type Ia supernova. 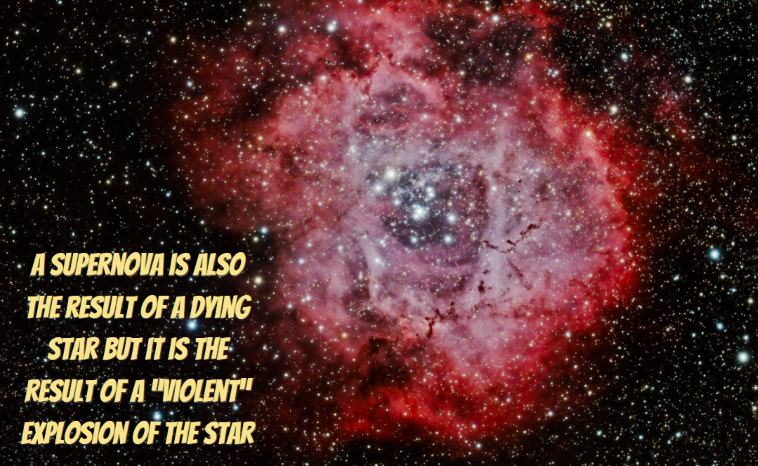 A type II supernova appears in the last hours of the life of a huge, giant star. The star no longer has the energy to withstand the pressure of strong gravity of its layers and collapses, its core is compressed into a compact, solid small ball, when an implosion occurs that destroys the entire star and emits material into space.

It is a truly dramatic event that goes down in the history of astronomy. However, there is a more powerful supernova than the supernova.

It is a particularly powerful supernova in which only its nucleus grinds and collapses. A hypernova occurs when a giant star of much greater mass than the mass of the Sun collapses into a black hole. Then comes an explosion that is even 100 times more powerful than a supernova. 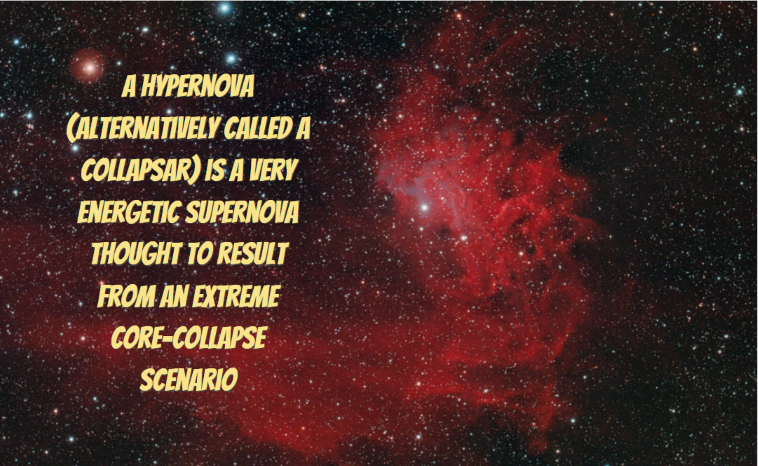 After each kilnova or supernova, the matter ejected by the explosion remains as a nebulous envelope that slowly dissipates. In the case of supernovae of type Ib, Ic, II, or hypernova, after the explosion, a new stellar remnant becomes either a neutron star or a black hole.