Have you ever seen a shooting star? Due to the speed and small size it burns quickly as it passes thru Earth’s atmosphere. Asteroids are larger, and do not fully burn up, therefore they hit the Earth. Are scientists able to predict when asteroids will hit the Earth? Read on to find out more.

For millions of years asteroids hit the earth causing worldwide destruction. Scientist’s theorize that the bombarding of the Earth came around routinely, about once every 26 million years. However new research, dating impact craters ages, suggests that asteroids hit earth randomly.

Researchers came to this conclusion after studying the impact sites of 190 craters. Some of the craters are very small, a few meters across, while others are more than 100 kilometers wide. Once they dated each crater, researchers concluded that not all the craters were made during one particular event, as previously thought, but over several million years. Aside from the fact they dated to various time periods, the craters formed all over the Earth and not in just one area. 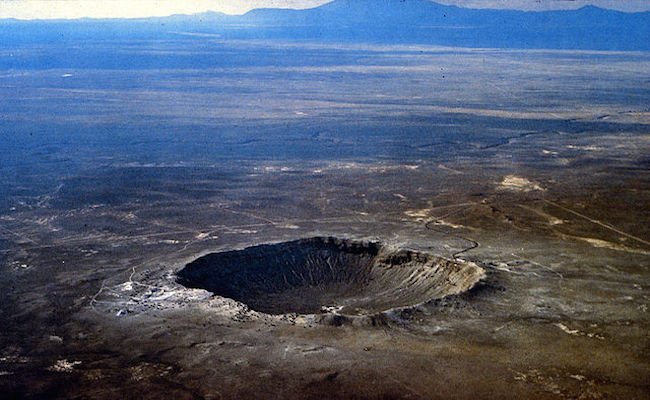 Asteroids, rocky-metallic objects, range in size from small pebbles to nearly 1,000 km across. Although they orbit the Sun, most asteroids orbit in the asteroid belt. This belt is the orbit between Mars and Jupiter. Their size prevents their classification as planets. Scientists can classify them several different ways, but one way is by their orbit. 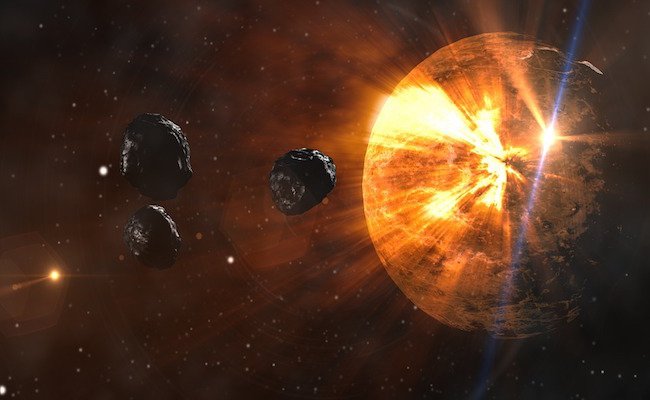 How Will We Know an Asteroid is Coming?

The Asteroid Terrestrial-impact Last Alert System (ATLAS) is a mapping system used for detecting incoming asteroids due to impact the earth within a few weeks. Astronomers use surveys to look for moving foreground objects such as asteroids and comets. Surveys are often restricted to one band of the electromagnetic spectrum.They then take this information and compare it to existing survey images. If they find motion of asteroids and comets, they are able to obtain observation time on larger, more powerful telescopes. Once they can prove their hypothesis astronomers can direct their finding to the Alert system.

An asteroid strike upon the Earth will more than likely cause significant losses. Learning more about what happened in the past will certainly help predict future bombardments. With research and new technology, warning systems in place may potentially save thousands of lives.