Volcanoes are formed on Earth when two tectonic plates collide. Without tectonic plates how would a volcano form? Is it still possible? If so, what would cause the volcano to form? Read on to find out about volcanoes in space.

According to a new study from the journal Science Advances, Mars has been showing volcanic activity for several years and possibly still today. When classifying volcanoes by lava composition, Mars’ volcanoes contain basaltic volcanism. This is the same type of lava composition that forms in Hawaii. Basalt is the most common rock in the Earth’s crust and when the lava flows it is mostly comprised of basalt rock.

On other planets such as Jupiter’s Moon Lo, their volcanoes spew gas and melted rock. 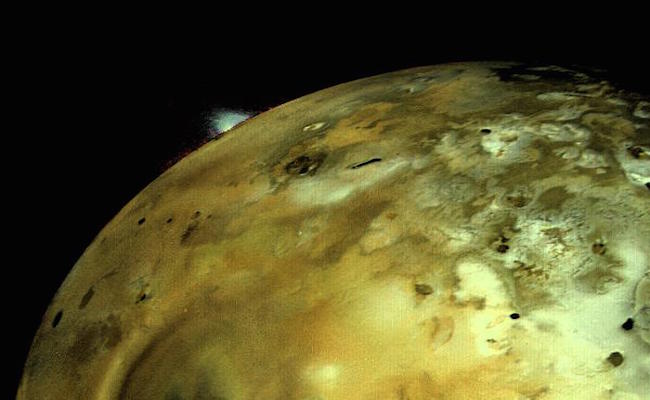 In 1979 Nasa’s Voyager spacecraft took an up close picture of a massive plume erupting from its surface into space.

Without Tectonic Plates A Volcano Form?

Although scientists always assumed that volcanoes were the result of plate tectonics, they are now seeing that evidence that gravitational pull can lead to the bulging of the crust up and down, creating friction as with the case of Jupiter’s moon Lo.

“The gravity placed upon Lo by Jupiter and its other moons caused Lo to warp and bend.”

The result was friction created inside of Lo, which then generated heat, causing rock to melt and gases to form. It then escaped to the surface producing volcanic eruptions, and those eruptions are still visible to spacecraft.

Venus reportedly has 1000 volcanoes, even though scientists have a difficult time seeing them through Venus’s thick atmosphere. Scientists use special radar to look through the clouds and are able to detect lava flows.

What is a Cold Volcano?

Saturn has a tiny moon name Enceladus. On that moon scientists have found volcanoes that erupt water and gases like geysers and hot lava flows. The friction and heat generated from Saturn’s massive gravitational pull bends and warps Enceladus. These frozen eruptions can be seen by spacecraft.

Neptune’s moon, Triton is also a Cryovolcano. It’s crust is made of frozen nitrogen trapping the warmth from the sun inside the planet. As the nitrogen warms, along with the water and ammonia inside, the nitrogen becomes a gas. Ammonia and water break through the surface and flow like lava, while nitrogen gas and ice erupt into geysers. 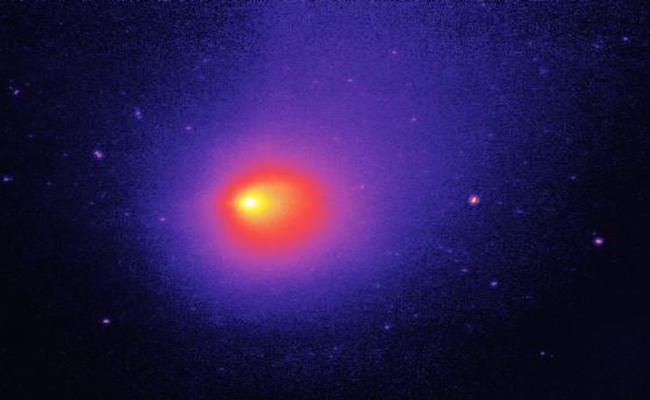 Where Else Have They Found Space Volcanoes?

Scientists have found volcanoes on comets. Comet 29P/Schwassmann-Wachmann orbits between Saturn and Jupiter and seems to have icy volcanism, which spews frozen material instead of hot lava. The rotation of the comet is very long, as one day is about 60 earth days. As it slowly rotates during the day, the crust weakens. Carbon monoxide that has been gathering below the surface during the night breaks through and explodes outward like a volcano.

Scientists believe that with new technology and better spacecraft they will be able to record and learn more about space volcanoes. It will be interesting to see where the next space volcano will turn up.