Thanks to science fiction and scaremongering stories about particle physics experiments, black holes have gotten a bad reputation. But what is a black hole? In this article, we’ll tell you everything you need to know.

A black hole is a region of space where the force of gravity is so strong that nothing can escape it, not even light. This occurs when an object’s mass is condensed into a small enough area so that its gravity causes it to collapse. They feature an imaginary boundary called an event horizon. Anything that passes this line cannot escape the gravitational pull. As light cannot escape, we can only observe them by seeing their accretion disk, an illuminated circular structure composed of matter being dragged towards the singularity. 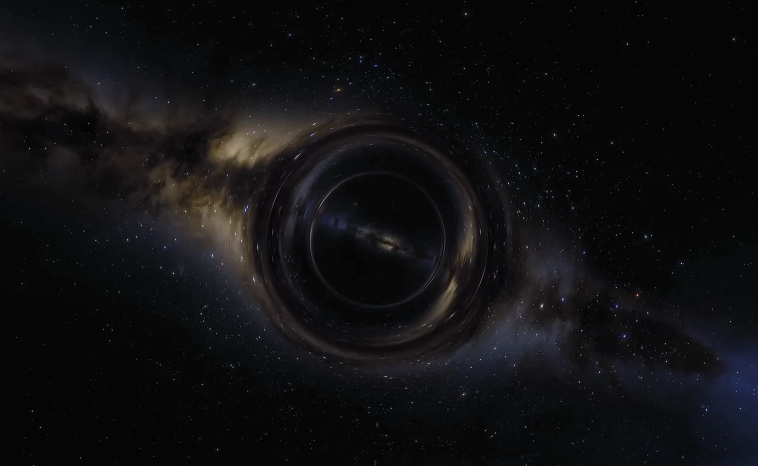 There are four known types of black holes.

As the name suggests, a micro black hole is the smallest type. In fact, so small they are most likely less than an atom in size. These black holes haven’t been observed yet, not just because of their tiny size but also their incredibly short lifespan. Black holes constantly emit Hawking Radiation, losing mass as they do so. The smaller and hotter they are, the quicker it emits Hawking Radiation. And in micro black holes, this results in a lifespan of just a fraction of a second.

In nature, these are a type of primordial black hole, forming in the seconds following the Big Bang. It’s also possible that they could be created in particle accelerators here on Earth, such as CERN’s Large Hadron Collider. But don’t worry; if this happened, any black hole created would evaporate almost immediately.

Stellar black holes form when stars with enough mass collapse after burning through their supply of nuclear fuel. But not all stars collapse into a stellar black hole. Our Sun, for instance, is too small ever to become a black hole. Stars with a mass between roughly 1.4 and 4 solar masses will instead become neutron stars. Anything more massive will form a black hole.

Supermassive black holes are the most enormous, with masses as much as millions or even billions of solar masses. They are at the core of most large galaxies – the one at the centre of the Milky Way is called Sagittarius A* (pictured below). It still isn’t understood exactly how supermassive black holes get so big. The universe isn’t old enough for them to have steadily grown to the size they are, nor would they be able to gain the required mass from nearby stars. Most likely, they formed shortly after the big bang, quickly gorging on large clouds of gas while galaxies were assembling. 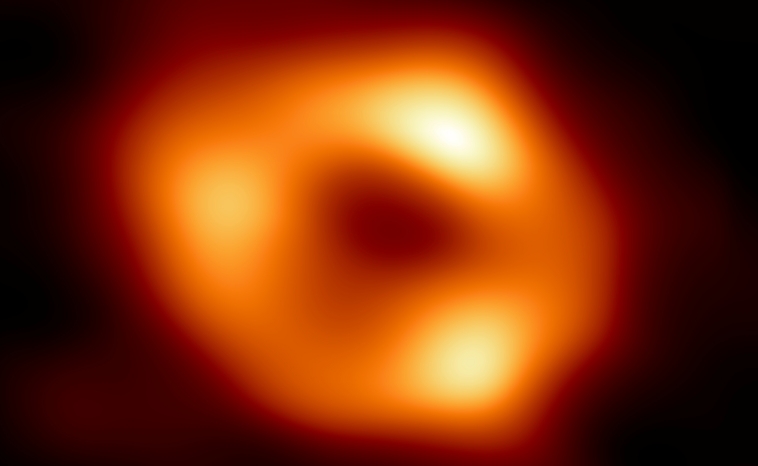 What Happens Inside a Black Hole?

After passing the event horizon, an object cannot escape heading towards the black hole’s centre. As gravity pulls ever stronger, the object would tear apart as it approached the singularity. This is where all the object’s matter condenses into an infinitely small area. Here, physics breaks down as we understand it, and what happens next is a mystery. Some believe that they could be an entrance to a wormhole, a theoretical tunnel connecting two points in spacetime. Others say that when one forms, a big bang occurs at its singularity, creating a new universe outside the black hole’s parent universe – and that our universe is inside one! Unfortunately, it’s unlikely that we’ll ever know. Even if one was close enough to investigate, no information could cross back over the event horizon to escape and give us answers. 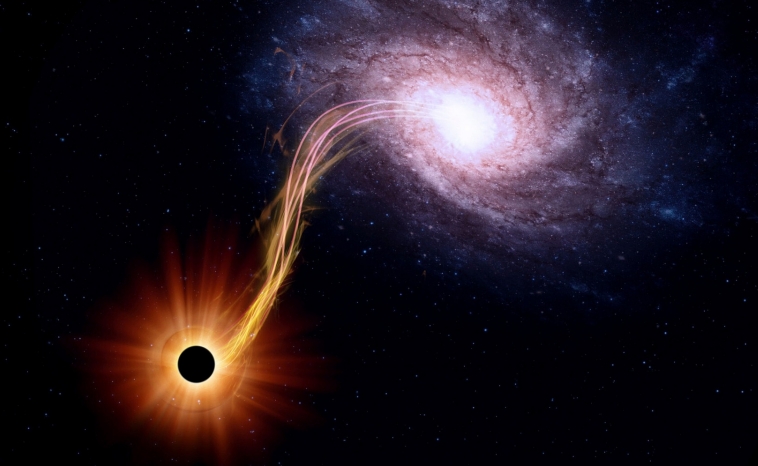 Black holes are a fascinating part of our universe that still hold many mysteries. Our knowledge of them is increasing all the time, but until we know more, why not brush up on stars and our galaxy using OSR’s One Million Stars App?