Picture the scene: It’s a clear night, and you’ve managed to get away from the harsh lights of the city. In the darkness, you look up and are rewarded for your efforts with a view of pure natural beauty. Perhaps you see our moon or maybe even some of the planets of our solar system. But without a doubt, you can see thousands of sparkling, shimmering orbs that we call stars. You’ve probably spent time examining the stars, but have you ever stopped to think, what is a star? In this guide, we’ll help you learn everything you need to know about the life-givers of the universe.

Without stars, life is, simply put, impossible. Most elements, the building blocks of life, come from stars, including carbon, oxygen, nitrogen, and even iron and calcium in your body. The heat and light that they emit maintain habitable zones that can support life, like here on Earth. And for thousands of years, we’ve used the stars as inspiration for religion and art. We’ve even used stars and constellations to navigate the globe. But what is a star?

What Is a star?

A star is a massive ball of gas held together by its own immense gravity. They form inside giant dust clouds called nebulae, where turbulence can create an area with enough mass that gas and dust collapse under their own gravitational pull to form what is known as a protostar. After gathering mass over millions of years, protostars will eventually reach a core temperature of around 15 million degrees Celsius. At this stage, stars will begin to perform the process of nuclear fusion, fusing hydrogen atoms to form helium atoms. They will then start to emit a tremendous amount of energy in the form of intense heat and light. Stars at this stage are referred to as main sequence stars. Main sequence stars account for approximately 90% of stars in the universe, including our Sun.

How Many Stars Are There?

We don’t have a clear answer on how many stars there are, mainly because we don’t know how big the universe truly is or if it is even infinite. We can, however, take an educated guess at how many stars there are in the observable universe – and it’s a significant number! It’s estimated that there are at least 100 billion stars in our galaxy alone, and while there is some debate, there may be as many as two trillion galaxies in the universe. Multiply these figures, and we get an estimated 200 billion trillion stars! 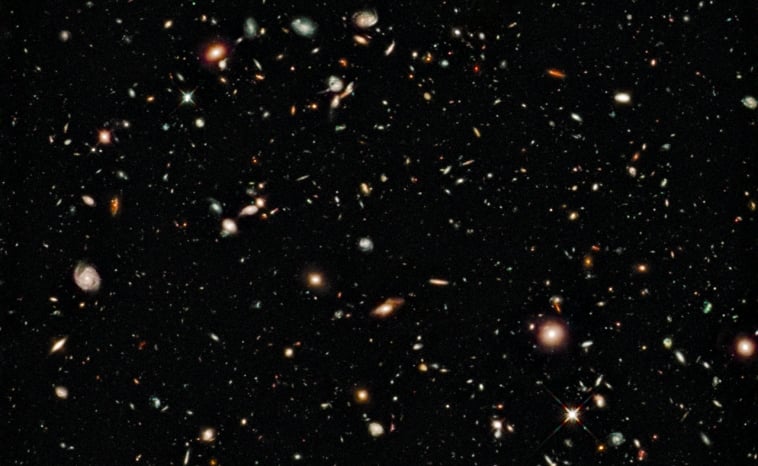 ESA/Hubble, CC BY 4.0, via Wikimedia Commons

What Are the Different Types of Stars?

Main sequence stars are split into seven categories, depending on size and temperature. The hotter, more massive stars at the higher end of the scale emit blue or blue-white light, like Sirius, the brightest star in the night sky. The most common type of star in our galaxy is a red dwarf, the smallest and coolest type of main sequence star. Our own Sun is a Class G, yellow light star.

In addition to main sequence stars, other variations can exist at different points of a star’s life. Stars that never get hot enough to start the process of nuclear fusion remain as brown dwarfs, while a white dwarf is the dense and hot core of a star that has used up all its hydrogen fuel supply. 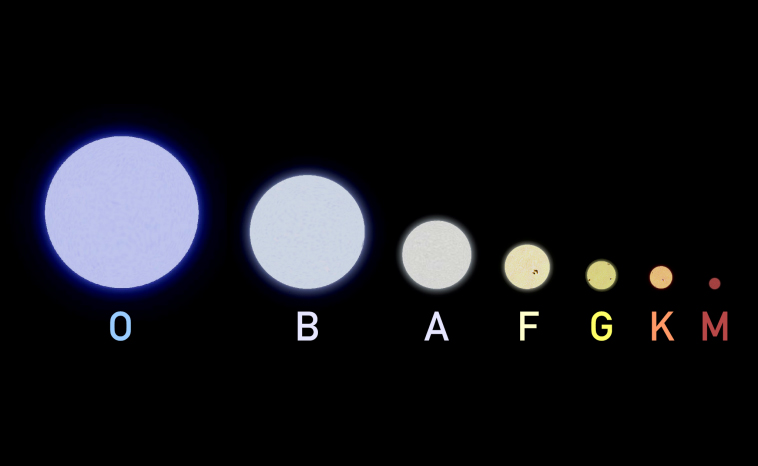 How Big Are Stars?

You could fit around 1.3 million earths inside our Sun. Still, as far as stars go, ours is pretty average in size, paling in comparison to the biggest known star. UY Scuti, a hypergiant, has a radius 1,700 times larger than our Sun. By volume, you could fit five billion Suns inside of it! At the other extreme, the smallest known star is the Vela Pulsar, a rotating neutron star with a radius smaller than ten kilometres.

How Hot Are Stars? 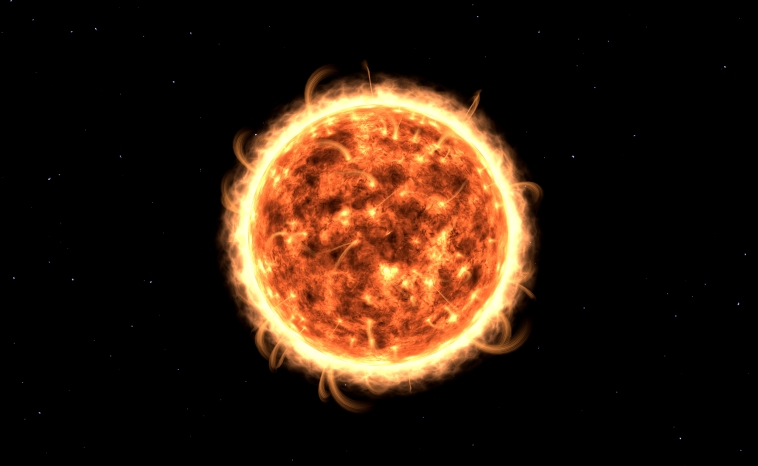 How Do Stars Die?

The way stars end their days depends on their size, but the cause is burning through their nuclear fuel supply. The larger a star is, the quicker it will use up its energy. Massive stars will collapse on themselves, causing the outer layers to explode in a supernova, while the surviving core will form an incredibly dense object called a neutron star. Neutron stars are so dense that just one teaspoon of their material would weigh around four billion tonnes on Earth. If a star is really massive, then instead of turning into a neutron star, it could become a black hole. This is an object with such strong gravity that no particle can escape it, not even light.

Other, less massive stars tend to have far less dramatic endings. After burning through their hydrogen, they will grow in size and temperature, turning into a red giant. Then, after forming what is called a planetary nebula by emitting glowing gases, they will transition into a white dwarf. White dwarfs start off very hot but will continue to cool down for billions of years. After cooling enough to emit heat or light no longer, they will end their life cycle as black dwarves.

How To Find the Stars

More than just a dot in our night sky, stars are a fascinating and vital part of the universe, each with its own unique features. Now that you’ve learned everything you need to know about them, download the OSR Star Finder App to try and locate some of the different stars you can see from Earth.