We my take for granted the fact that women are now involved in all areas of the sciences, but many years ago the very notion of a female even wanting to enter into astronomy was laughable. Fortunately, history has recognized the brave ladies that broke the stereotypical mold and went against all odds to made some real contributions to the study of our stars.

In the first of our three-part series we are going to explore the extraordinary women that made their mark in the astronomy world, despite it being a male-dominated profession. 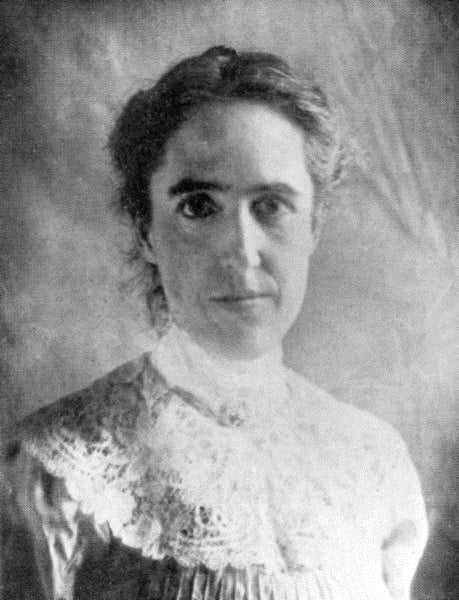 Born on July 4th, 1868 in Lancaster, Massachusetts, Henrietta Swan Leavitt’s Independence Day birthday could be considered a foreshadowing of her breaking the mold for traditional women’s roles of her time.

As a child she moved with her family to Cleveland, Ohio and later attended Oberlin College. From here she went on to graduate from the Society for the Collegiate Instruction for Women. While in her fourth year of college she began to take an interest in astronomy after taking an astronomy course. Not only did Leavitt excel at her studies, but she did so while contending with the loss of her hearing.

In 1893 she was hired at Harvard College Observatory (by Edward Charles Pickering) as basically, a ‘human computer.’ Her job was to measure and catalog the brightness of stars using the observatory’s photographic plates collection and to also care for the telescopes.

Although she worked hard at this job, she was unpaid because she was viewed as a volunteer research assistant; in the early 1900’s women were not even allowed to use the telescopes. These rules did not faze Leavitt and she stuck it out until a few years later when Pickering hired her as a permanent member of the staff, giving her a wage of 30 cents per hour.

Despite her “gender-limitations,” Leavitt’s research led her to two massive contributions to astronomy. The first is the system she created using the photographic plates; there was no standard for ascertaining the magnitudes of stars. Her system later went on to be enthusiastically adopted by the scientific community and by 1913 it was being used by the International Committee on Photographic Magnitudes.

Another discovery by this amazing woman came after Pickering assigned Leavitt to study variable stars (stars whose luminosity fluctuates). In 1908 while studying the variables within the Magellanic Clouds, she noticed that some of the variables had a definite pattern; the brighter stars shone with more luminosity for longer periods of time and they were more predictable. She then deduced if a star’s intrinsic brightness could be estimated from its pulsation rate then the distant of any of these Cepheid variable stars could be calculated. Leavitt went on to have her findings published in the Annuals of the Astronomical Observatory of Harvard College.

There is no record of Leavitt ever marrying or having children, so we can only assume that she completely devoted her time to her career. In 1921, she fell ill with cancer and later died in December at the age of 53.

The same year Harlow Shapley took over as director of the Observatory and four years after that the Swedish mathematician, Gösta Mittag-Leffler, considered nominating Leavitt for the Nobel Prize for the work she had done on the Cepheid variables. However, he was unaware of her death and wrote to Shapley requesting more information about her work. Shapley stated her death, but then tried to take credit for her discoveries! Fortunately, he didn’t get nominated, but unfortunately neither did Leavitt and the Nobel Prize was not awarded posthumously.

An Inspiration to Us All!

Thankfully, Leavitt had the courage and fortitude it took to step out of those traditional roles women were stuck in to strike her own path in the world of astronomy. We thank her today and owe her a debt of gratitude for her research findings.

Be sure to join us next time for another amazing woman of astronomy. In the mean time read our article on Caroline Herschel Little Known Astronomer.