Everyone deals with loss in their own way. Additionally, some countries and cultures also have specific ways of dealing with the passing of a loved one. In this blog we will tell you how bereavement in various cultures works.

Losing someone you love can feel quite overwhelming. Grieving is a highly individual experience, there is no wrong or right way to grieve. Many cultures have their own rituals or ceremonies around bereavement. Of course, not all cultures are the same. Grief reactions expressed in the form of crying, fear and anger are so common as to be deemed universal. Also, most cultures provide sanction for the expression of these emotions in rites of mourning that follow bereavement. Read on to learn everything about bereavement in various cultures.

Western Europeans gravitate towards secularism during a period of bereavement. This means that the funerals held for their loved one are more people-oriented and celebrate the life of the deceased instead of their death.

Additionally, Muslim funerals are most often task-oriented and focus on the deeds of the deceased in the Earthly realms. During these rituals, families often openly display their emotions by screaming, crying or even by slapping faces.

Even though passing away is a common occurrence, conversations about someone who recently passed away are often seen as taboo or morbid to people living in this region.

The dominant religion in the region of Northern America is Christanity. Christians do not see death itself as a reason to celebrate. However, it is often the afterlife which is celebrated in most Christian customs and rites.

When someone has passed away in the region of Southern America, the family often organizes a virgil, a mass or a party. This region is more focused towards superstitions. For example, participants of the mass will kiss the dirt before throwing it on the burial chest. Sometimes it is also decided to bury a loved one with souvenirs.

All over Latin America, people celebrate their ancestors on the Day of the Dead. In some cultures, such as Peru, families believe that the deceased can rise from the dead and celebrate with them on this day. 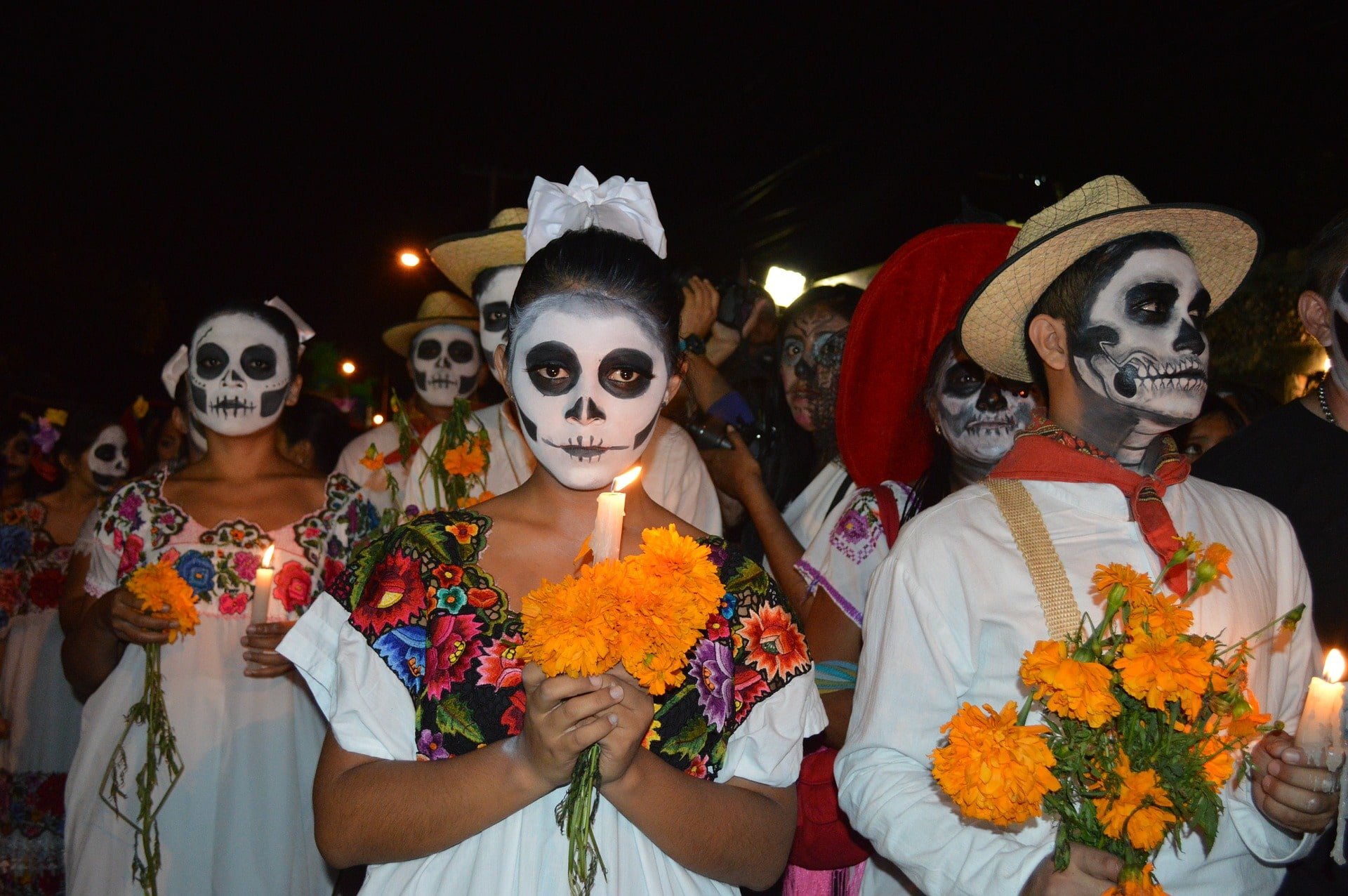 The Day of the Dead is well known across South America and is differently celebrated across countries. The multi-day holiday involves family and friends gathering to pray for and remember friends and family members who have died, and helping support the spiritual journey of the one who passed away.

In Mexican culture, death is viewed as a natural part of the human cycle. Mexicans view the day of someone’s passing not as a day of sadness but as a day of celebration because their loved ones have awakened and are celebrating with them.

Asia is a big region with many different cultures. Bereavement in China is focused more on the importance of following rituals. If the Chinese do not follow these rituals for a memorial, it is said that misfortune may take place for the grieving family.

The people living in the region of Tibet believe that after the burial, the deceased’s soul goes to Paradise. In comparison to this, Korean cultures tend to cremate their deceased. In Korea people carry cremation beads as a way of honoring the deceased.

In the region of Africa it is believed by different cultures that the deceased continue to live after their death. Additionally, African religions and culture believe their ancestors will be guiding their families into the afterlife. In Africa, the deceased are most often buried.

Many African communities mourn together and have remembrance ceremonies that can last for weeks, months or even years. They remember the dead by invoking their names during such ceremonies, conducting libation rituals, and holding ceremonies naming the living after the dead.

The small island nations of Oceania have many different ideas surrounding death. The islands are rich in culture and many people living in Oceania honor their ancestors through rituals and art. For example, the indigenous people of Melanesia wear masks to connect with the spirit world.

You may find similarities in Oceanic beliefs with both Asian and American funerals. Many islanders believe in ghosts. As in Asian cultures, they believe that if traditions are not followed, evil spirits can haunt their family.

Christian traditions are also followed in Oceania. Islanders can hold a mass or call a priest to bless the deceased. In general, there is not one death perspective in Oceania. It is a melting pot of indigenous and traditional customs.

While the passing of a loved one may be taboo in one region, in another region their (after)life is a cause for celebration. You now know everything about bereavement in various cultures.  Most often, the bereavement is focused on remembering the loved one. Want to remember someone who recently passed away? Name a star! A star as a memorial gift is an eternal light that everyone can look for in the sky.

Name a shining star in the sky to commemorate