There’s no doubt about it – the universe is BIG. We’re reasonably sure that the part of the universe we can see is around 93 billion light years across. But how big is the whole universe, and does it go on forever? In this article, we’ll consider the question: is the universe infinite?

There are around 9,000 stars visible to the human eye in our night sky. This sounds like a lot until you consider that there are at least 100 billion stars in our galaxy alone. And by our best estimates, there are a mind-boggling two TRILLION galaxies in the observable universe. These numbers already paint the universe on an almost unimaginably giant scale. But there’s still one more thing that we know: the universe is even bigger than that! Despite this, there’s another question that astronomers would love to have the answer to: is the universe infinite?

What Is the Observable Universe?

The observable universe is the region of space that we can see, whether with the naked eye or with the help of technology such as telescopes. Every object we have ever spotted, and every object we can potentially see is within our observable universe. Astronomers from Johns Hopkins University recently unveiled their Map of the Observable Universe, showing a slice of the visible universe and the real-life position and colours of galaxies contained within. 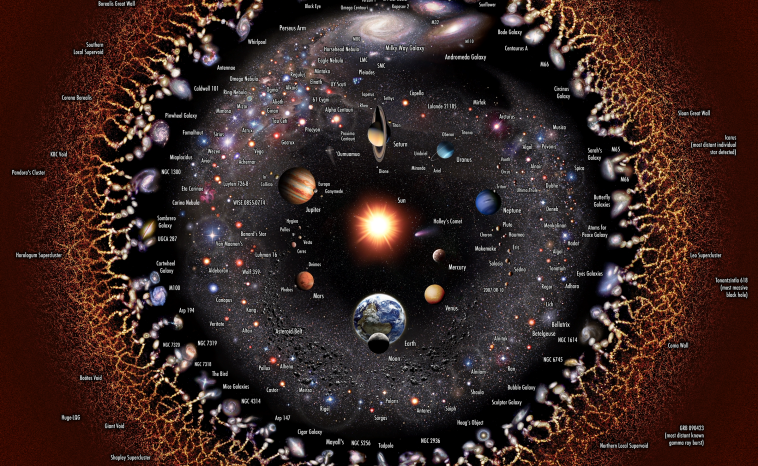 Exactly How Big Is the Observable Universe?

What Is Outside of Our Observable Universe?

We don’t know exactly what objects are outside of the observable universe. But there is one thing we do know: there’s a lot more universe out there that we can’t see. In studies completed using observations from the Sloan Digital Sky Survey and the Planck satellite, astronomers concluded that the entire universe is at least 250 times larger than the part we can see – or 23 trillion light years in diameter. In all likelihood, the whole universe is probably much bigger than even this figure or potentially infinite.

Will We Ever See Objects Outside of Our Observable Universe?

It’s tempting to think that we’ll be able to see more distant objects as their light eventually reaches us. But unfortunately, this is where the universe’s expansion gets in the way again. The universe is expanding faster than the speed of light. This means that the light from objects outside our observable universe will never reach us, and we will never be able to see them. As the universe expands, the objects we can see are also moving away from us. Imagine that the universe is a cupcake baking in an oven, and galaxies are chocolate chips inside the cupcake. As the cupcake bakes, it expands, and the chocolate chips move further away from each other. Well, that’s what the universe is like (but less tasty). Not only will we never see objects outside the observable universe, but eventually, more of the things we can see will disappear forever. 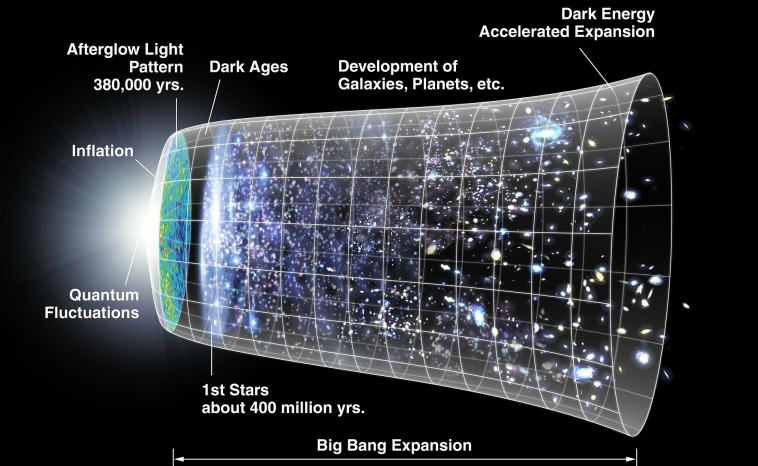 As we can’t know what’s happening beyond the part of the universe that we can see, we don’t know if it’s infinite or just really big. To better understand whether the universe could be endless, we first need to determine its actual shape. If the universe is flat, it probably is infinite. However, if it has positive curvature, like a sphere, then the universe will be closed. In this scenario, you could travel across the universe in one direction and eventually return to your starting point, like travelling around the Earth.

We may never know whether the universe is infinite. But new technology and experiments provide tantalising clues that could one day help us better understand the nature of the cosmos. Until then, there are plenty of stars out there that we know a lot about, so visit the OSR’s One Million Stars browser app to brush up on the highlights of the Milky Way.