For those who are strongly interested in this topic, it should be said that facts about the early estimates of the Earth’s age are much richer and more complicated than what can be said in a short read. Every major nation in history has had its own estimate of the age of the Earth. This is truly a wide and incredibly fascinating topic, so let’s learn some more!

Darwin (1809 – 1882), author of the most famous book in biology, The Origin of Species, the creator of the theory of evolution of living organisms, calculated that the geological processes of one area of England are as much as 300 million years old – as old as the Earth must be. 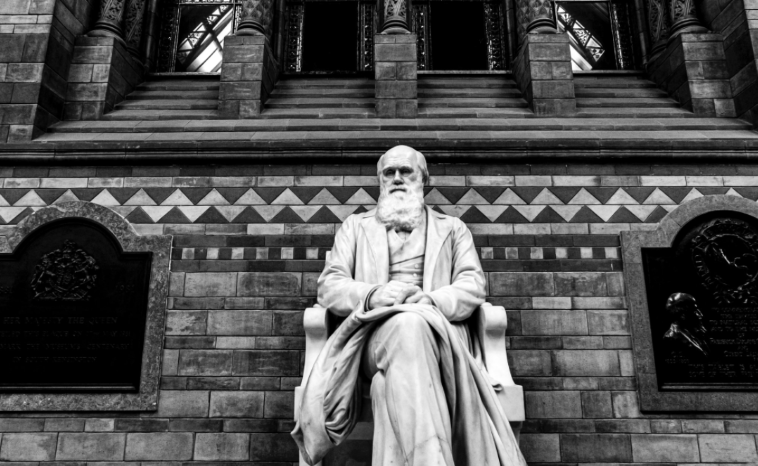 It’s been a really big number of years. Too big for many to believe it could be true.

Hermann von Helmholtz (1821-1894), a German physicist and physiologist, was the most versatile scientist of his time. His works included natural sciences, philosophy, and art. This versatility allowed him to approach the problem from different angles.

From a young age, he was interested in physics, but when he matured for his studies, his father enrolled him in medicine. After graduating, he worked as a military surgeon for a while, and then became a professor of physiology, and then physics.

He discovered the law of conservation of energy, invented the ophthalmoscope, and developed a theory of the nature of harmony and musical sound. By the way, he was a good musician. His famous students were Hertz, Michaelson, Boltzmann and even Pupin.

Besides all that, Helmholtz calculated that it took the Sun 22 million years to condense to its current diameter and temperature from the diffuse cloud since it was formed. This was also helpful in calculating the age of the Earth. However, wrong, as we shall see.

Helmholtz’s friend William Thomson, today much better known as Baron Kelvin, also dealt with the problem of the Earth’s age. William was a born scientist. He started studying natural sciences at the age of ten, he graduated at the age of 21 and soon became a professor of physics, which was his occupation for the next 53 years.

He managed the process of laying the first successful transatlantic telegraph cable, patented several inventions, published 661 papers, became the first scientist to enrich himself in science and in 1892 received a noble title named after the Kelvin River. The absolute temperature scale he proposed is known by his name today, Kelvin.

As for the age of the Earth, Kelvin started from the fact that the Earth was once a molten sphere of rock with the same temperature as the Sun. And she’s been cold ever since. According to Kelvin, it took between 20 and 400 million years to cool down to today’s temperature. He later corrected that number several times, reducing it until it reached 24 million years.

He, as well as other scientists of that and earlier times, did not know the true nature of the Sun. He calculated that the sun had not warmed up since its inception, but only cooled down. And that was a mistake.

George Darwin (1845 – 1912), the son of “that” Darwin, a lawyer, mathematician, and respected astronomer of his time, dealt with, among other things, the problem of the origin of the Moon.

According to his theory, in the early stages of the Earth, due to its rapid rotation, a large piece separated from it since the Moon was formed. According to his calculations, it took the moon at least 56 million years to reach today’s orbit, which is data that indicates the approximate age of the Earth. Today, it is believed that the Moon was formed after a large body hit the Earth, which caused the scattering of huge amounts of material into orbit around the planet, until the formation of the Moon.

And so, scientists have been struggling with this question. Mostly in the 19th century, the age of the Earth was measured in tens, at most hundreds of millions of years.

The problem was that a lot was discovered at that time, in fact a huge number of fossils of long-extinct animals that could not have existed and disappeared together in such a short period as several hundred million years. That was really confusing for science.

You had a life that lasted longer than the Earth itself, which is impossible. On the other hand, scientists could not see how the Earth and the Sun could be tens of millions of years older.

In our next blog post, you’ll be able to read a little more about Henri Becquerel, Ernest Rutherford and we’ll dive into some interesting calculations, so stay tuned!