What happened to officer Lonnie Zamora on the night of April 24th, 1964? Read on to learn more about one of the most famous UFO sightings.

What caused three government agencies to investigate a mysterious UFO incident in Socorro, New Mexico, in 1964? Why waste taxpayers’ dollars investigating a weather balloon? Since the Roswell, NM incident years before, the US Government seemed to blame a lot of weather balloons. However, in this case, it appears the credibility of police officer Lonnie Zamora was enough to warrant an investigation.

On April 24, 1964, at approximately 5:45 p.m., Socorro Police radio dispatcher Nep Lopez received a radio call from Sergeant Lonnie Zamora. The Sergeant reported a possible motor vehicle accident. Zamora advised Lopez that he would be “checking the car down in the arroyo.”  Shortly after, Lopez received another radio call from Zamora asking Lopez to look out of the window. He wanted to know if he could see an object. When Lopez asked Zamora to describe it, Zamora said, “it looks like a balloon.” At this point, Zymora requested New Mexico State Police Sergeant Chavez meet him at his location. Sergeant Chavez met him a short time later. Sergeant Zamora led him to examine some burning brush. When other police officers arrived, they noted patches of smoldering grass and brush.

Zamora claimed to have observed a shiny object “to south about 150 to 200 yards”. He initially believed it to be an “overturned white car … up on radiator or trunk”. According to his account to authorities, the object was “like aluminum. It was whitish against the mesa background, but not chrome”. Furthermore, it was shaped like the letter “O.” Sergeant Zamora claimed to have briefly observed two people in white coveralls beside the object. He later described them as “normal in shape—but possibly they were small adults or large kids.” He also stated that he heard a roar and could see a blue and orange flame under the object. The object then rose and quickly moved away. 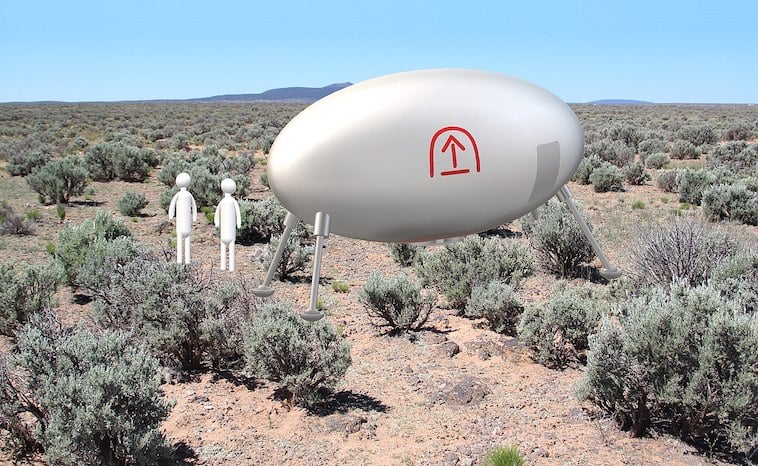 Project Blue Book was the code name for the systematic study of unidentified flying objects by the United States Air Force from March 1952 to its termination on December 17, 1969. As part of their study, they had a set of rules for the collection of evidence. These rules included:

Eventually, every U.S. Air Force base ended up designating a special officer to collect these UFO reports.

Project Blue Book was unable to determine what Officer Zamora witnessed that night. Explanations include lunar lander testing from the nearby White Sands Missle range. In addition, some believe students at a nearby school pranked the officer. However, the Air Force officials brought Dr. J. Allen Hynek, a respected astronomer, and consultant on project Bluebook. Hynek found that the physical evidence was convincing, along with the witness, Lonnie Zamora, himself.

Lonnie believed what he had seen was not from this Earth, and the UFO sighting was never explained.