Is there any truth to the old phrase, “No two snowflakes are alike”? Read on to find out more about the marvels of a snowflake.

For those of us that live in climates that have snow, the first snowfall of the season always brings excitement. Children race to get on snowsuits, warm fuzzy mittens, wool hats, and thick boots. Some dog owners will agree that their “best friend” gets excited and jumps around in the snow. Have you ever found two identical snowflakes? Most people answer no to that question. What makes snowflake so incredibly unique?

Has anyone ever observed two identical snowflakes? The person with the best opportunity to do so was Wilson A. Bentley of Jericho, Vermont. As a farmer and amateur meteorologist, he spent fifty years observing flakes of snow. When did this passion take hold? When Wilson turned fifteen years old, his mother bought him a telescope. Like most normal kids, he found everything he could think of to put under the lens. However, on this particular day, his birthday, it happened to be snowing. Using his telescope, he observed the six-sided object with fascination. This simple observation compelled him to eventually start taking photographs of snowflakes. By the age of 20, he perfected a technique for photographing snowflakes. 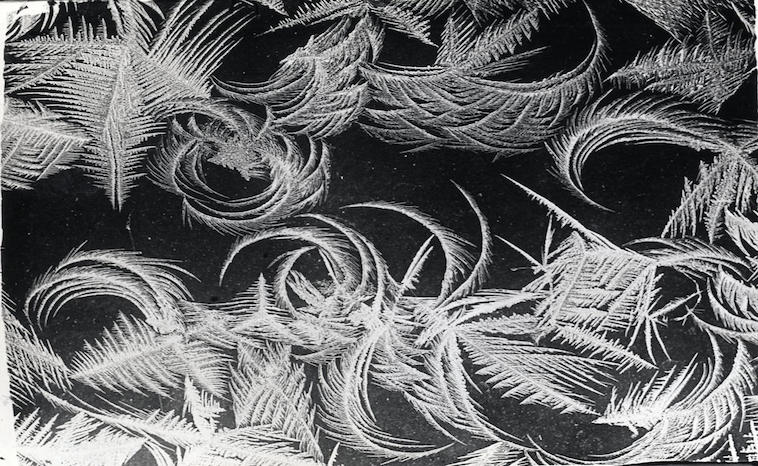 “Bentley was a pioneer in “photomicrography,” the photographing of very small objects, especially of snowflakes. Snowflakes or snow crystals are difficult to photograph because they melt so quickly. However, Bentley developed the equipment and techniques to take photographs of individual snowflakes. After many failed attempts at drawing the details of the snowflakes, he connected his camera to a microscope to create photos that showed intricate details of each snow crystal. Bentley stood in the winter cold for hours at a time; waiting patiently until he caught falling flakes. Once a snowflake landed, he carefully handled it with a feather to place it under the lens. The apparatus was set up outside so that the delicate specimens would not melt, and after a minute and a half exposure, he captured the image of a snowflake.” (Smithsonian, 2016)

From that first photograph in 1885, Bentley photographed more than 5000 snow crystals until his death in 1931.

We have Bentley’s word for it that no two snowflakes in his collection were alike. That fact was a source of satisfaction for him. The snowflake exemplified for him the kaleidoscopic balance of order and disorder. Furthermore, he believed that this is the basis of beauty in nature and art.

A single crystal of snow weighs about a millionth of a gram. In a cup of snow, more than 10 million flakes exist. Physics has made substantial progress toward understanding the genesis of the snowflake’s form. The hexagonal symmetry originated in the shape of a water molecule. When two hydrogen atoms connected to the oxygen atom, they form “arms.” The angle of the arms ensures that when the water molecules link together to form a crystal, the result becomes a hexagon. Each connection becomes unique, and that is why we have never been able to find identical snowflakes.

Name a star now! - The Snowflake Man, Wilson A. Bentley