It’s that time of the month again. Let’s memorize some new astronomy terms together!

In the last stage of evolution, the giant star ends its stellar life in a grand explosion in which it releases a huge amount of energy and chemical elements into space in a very short time.

We call this event a supernova.

Oxygen, iron, and other elements that we are made of, formed in the stars.

That’s why Sagan said that we’re all children of the stars.

They happen once in a hundred years, but few have been observed in our galaxy so far because clouds of dust and gases often hide these dramatic events from us.

Supernovae are useful and scary. They are useful because they create chemical elements, but they are terrible because they send strong rays far into the environment that are able to sterilize the entire planet if they reach it.

By this term we mean all state organizations that deal with astronautics.

Great measures for long distances. That is the length that the light travels in a year. In kilometers it is: 9.5 trillion.

You don’t have to remember all this. It is enough to know that the light year is a very long distance. There are a little more than 4 light years to the nearest star (not counting the Sun).

The Milky Way is 100,000 light years long, and there are 2.5 million of those to the Great Galaxy in Andromeda. etc.

Dark energy is known to exist. The rest is unknown.

Yes, estimates say there is about 70% dark energy.

How do scientists know that dark energy exists?

In fact, it is not that they know that, but they conclude that way because it has been determined that the universe is expanding rapidly, and it is not clear why. Therefore, there must be some energy that affects the expansion.

Whoever solves the mystery of dark energy will receive the Nobel Prize.

Dark matter is known to exist and that is about it. It is also known to have about 23 or 25 percent of the total amount of everything in space. 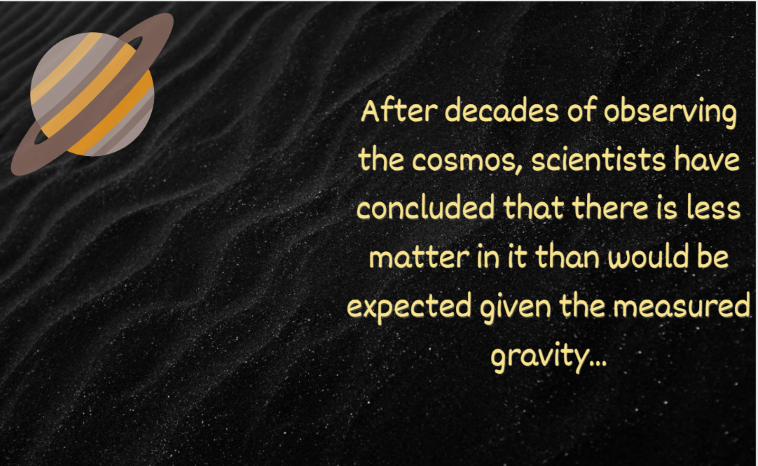 What dark matter is, where it is, is not known.

But how do we know that dark matter exists?

Well, after decades of observing the cosmos, scientists have concluded that there is less matter in it than would be expected given the measured gravity.

Let’s say there are clusters of galaxies that are gravitationally connected, but the calculations show that the gravity of the matter we see is insufficient to hold the galaxies together.

So, there is some matter that has a gravitational influence that can be detected, but it is not visible. At least not yet.

In astronomy, this word means the transition of a smaller body over a large one.

From Earth, we can observe the transit of Venus through the Sun, which is a rather rare event because Venus usually passes above or below the Sun.

Mercury transits the Sun more often because it is much closer to the Sun than Venus.

A special experience for telescopists is the transits of Jupiter’s satellites across that planet.

Two centuries ago, transits were much more important for astronomers than they are today because they allowed them to gain some knowledge about both observed bodies.

Today, with all the power of modern technology, astronomers come to the desired data without transit.