What fell from the sky and started several fires in a Chilean hillside? Read on to find out about this mystery researchers are hoping to solve.

Things fall into Earth’s atmosphere and burn up all the time. Some things get through the atmosphere and do not burn up before they hit the ground. A couple of weeks ago, a fireball lit up the night sky as it flew over Chile in South America. The event happened on September 25 as residents of Chiloe Island; Chile said several objects burned up and hit the ground.

Were the objects meteorites? No one seems quite to know. That is what is baffling scientists from Chile’s National Geology and Mining department. They looked at the ground where the fireballs landed, and there is no evidence of meteorites. Out of seven sites, not one of them has evidence of meteorites. Typically, the fragments will strike the earth in a roughly elliptical pattern (called a distribution, or dispersion ellipse) a few miles long. Most of the major axis of the ellipse being oriented in the same direction as the original track of the meteorite. The larger fragments, because of their greater momentum, tend to impact further down the ellipse than the smaller ones. Officials with the agency plan to analyze soil samples taken from the locations in the hopes that the dirt will contain some clue as to what was behind the perplexing event.

Investigators also spoke to area residents who “said they had not seen the fall of the supposed object or heard noises associated with the fall of a body of this nature,” and, as such, “preliminarily, professionals rule out the fall of a meteorite.”

If it was not a meteorite, the suggestion has been made that it was space junk falling back to earth. However, those that track debris state that they do not have a record of anything listed as coming back to Earth. For their part, authorities in Chile say that the results of their soil sample analysis and the findings of their investigation into the odd incident “will be announced in the coming weeks.”

In June of 2015, fireballs went through the night sky in Atlanta, Georgia. Scientists determined that it was not a fireball. That object was later determined to be a man-made rocket that was falling back to Earth. Witnesses say that the fireball was moving slower than a typical meteor that flies through the earth’s atmosphere. Meteoroids enter the earth’s atmosphere at very high speeds, ranging from 11 km/sec to 72 km/sec (25,000 mph to 160,000 mph). The military Joint Space Operations tracks more than 17,000 objects in space continuously. 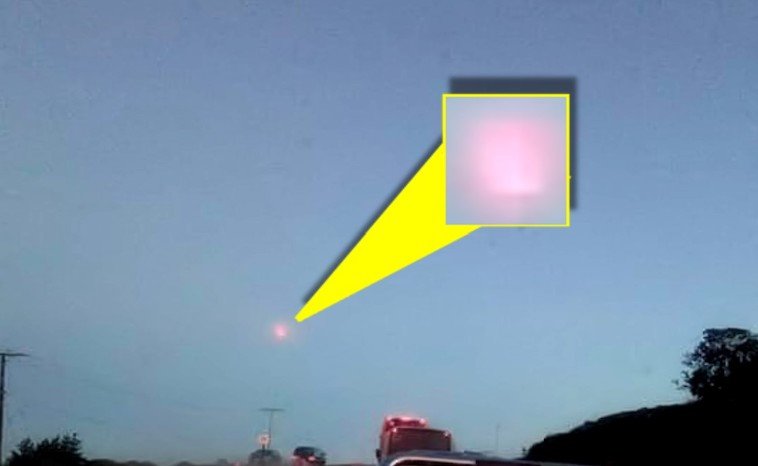 This is not the first time that scientists have had mysterious objects hit the Earth. On December 29, 2012, stones crashed the earth over the Sri Lankan province of Polonnaruwa

Over the next few days, the local police gathered numerous examples of stones and sent them to the Sri Lankan Medical Research Institute of the Ministry of Health in Colombo. After noticing curious features inside these stones, officials forwarded the samples to a team of astrobiologists at Cardiff University in the UK for further analysis.

The results of these tests were extraordinary.  Scientists stated that the stones contain fossilized biological structures fused into the rock matrix.

What will scientists determine hit the island of Chiloe? We wait to hear and will update this story when the results c0me back.