NASA’s Perseverance Rover has discovered a rock that has scientists asking questions about its origin. Read on to learn more about this strange green rock.

NASA’s arrival of its Perseverance Rover has already created excitement in the scientific community. Perseverance started its work on Mars on Feb. 18, exploring Jezero Crater for signs of ancient life. During this time, it came across what some describe as “a strange green rock.” It used its SuperCam laser on the rock. Why is the rock green, and where did it come from?

Perseverance was equipped with several tools for its mission to Mars. Among them was the SuperCam. The SuperCam on the Perseverance rover examines rocks and soils with a camera, laser, and spectrometers. These instruments are designed to seek organic compounds that could be related to past life on Mars. It can identify the chemical and mineral makeup of targets as small as a pencil point from a distance of more than 20 feet (7 meters).

How did SuperCam get its name? NASA named this multi-function tool for its superhero abilities. For example, it can take photos in color. In addition, it can identify the chemical composition of rocks and soil. Furthermore, it can analyze molecules and minerals. 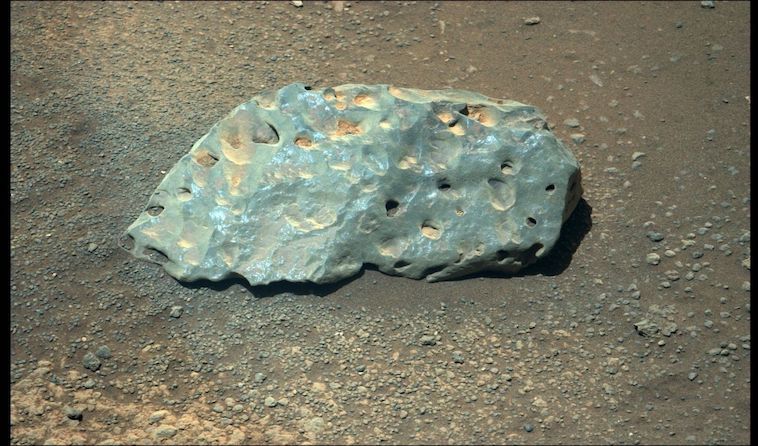 The origin of the stone remains a mystery. Scientists wonder if the strange rock came from local bedrock, a chunk of Mars from a distant impact, or perhaps a meteorite. If it didn’t form at its current location, water might have carried it to the Jezero Crater. However, it could be a meteorite like the one discovered by rover Curiosity in 2017.

While exploring Mount Sharp, Curiosity came across a meteorite. Its ChemCam results showed the meteorite was made of iron. Strangely, many of the meteorites discovered on the red planet had an iron composition. However, on Earth, 95 percent of meteorites have a stone composition.

Why the polished appearance? Raging dust storms often blanket Mars. These storms can last for several weeks. A dust storm in 2007 shut down NASA’s Opportunity Rover as it planned a trip into Victoria crater. Of course, speculation also says that the green rock may have recently arrived on Mars.

While scientists ponder the green rock mystery, they await the first flight of the Ingenuity helicopter. That flight is scheduled for April 11th. Ingenuity is the first aircraft on Mars and the first attempt at powered, controlled flight on another planet. If Ingenuity succeeds, future Mars exploration could include an ambitious aerial mission. Each flight is planned to fly at altitudes ranging from 3–5 m (10–16 ft) above the ground for up to 90 seconds each.

Ingenuity can travel up to 50 m (160 ft) downrange and then back to the starting area. NASA has programmed Ingenuity to use autonomous control during its short flights.  In addition, it will communicate directly with the Perseverance rover after each landing. The helicopter will provide overhead images to aid Perseverance in its mission. If successful, Perseverance may travel three times the distance that NASA plans for the rover. Furthermore, NASA plans to use Ingenuity to explore areas inaccessible to Perseverance.

Ingenuity carries a piece of fabric from the wing of the 1903 Wright Flyer, the Wright Brothers’ airplane. 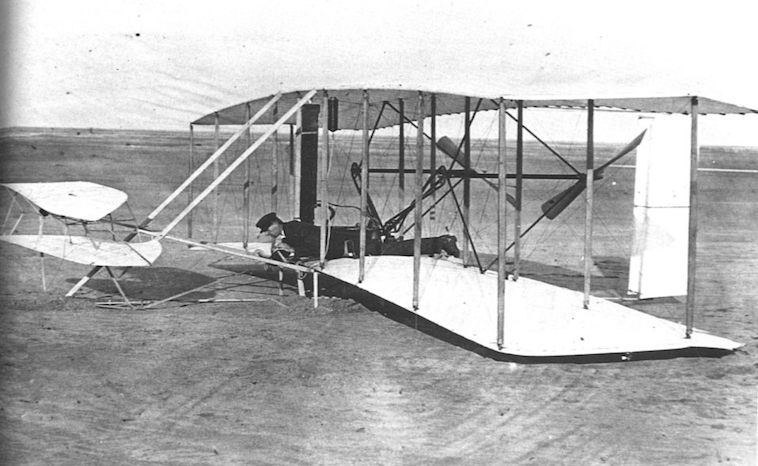