Today (December 14th, 2016) marks the 105th anniversary since the first person made it to the South Pole. This barren and frozen tundra may be here on earth, but the conditions are about as inhospitable as any far off planet could be.

Born in 1872 in Norway, Roald Amundsen, was one of the most successful polar explorers to ever live. With his team of three other men, Amundsen arrived at the South Pole on December 14th, 1911, five weeks ahead of the British exhibition team lead by Robert Falcon Scott. 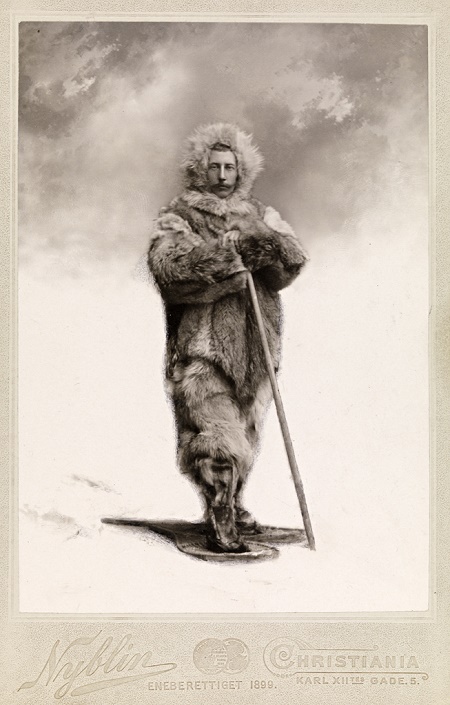 Amundsen pitched a small tent in this unforgivable region where he and his crew slept after their long journey. After the team left, this tiny tent served as a temporary respite for Captain Scott’s team. Even though the British explorers never made it back from this exhibition, they did capture the last picture of the infamous tent, blowing in the harsh Arctic winds. 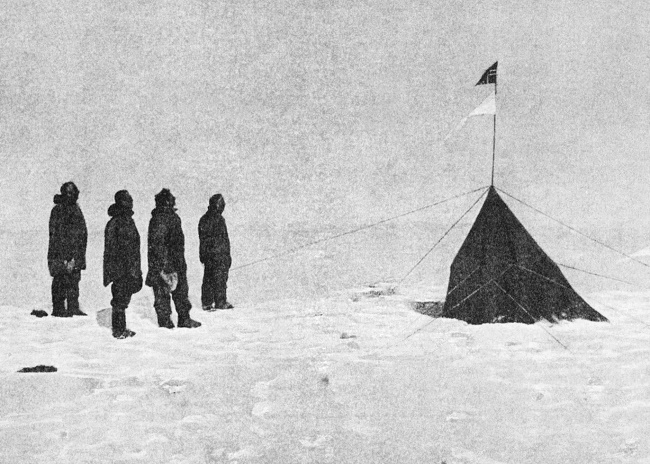 After the crew left 105 years-ago, the tent has never been photographed or seen again.

Finding Amundsen’s tent now (even with our technology) would be next to impossible. It would not only involve working out the area as to exactly where the tent was left, but also scientists would have to take into account the changes in both the flow of ice and the depth of snow that has fallen in the last century.

At the time, Amundsen himself had to figure out a range of calculations in order to place himself as close to the South Pole as possible. In fact, the adventurer was worried that he may not get credit for his journey if he missed the mark or wasn’t the first to get there.

However, history was made on that faithful day that the brave team planted a flag in the frozen terrain claiming;

“So we plant you, dear flag, on the South Pole, and give the plain on which it lies the name King Haakon VII’s Plateau.”

The joy of that moment can only be compared to the exhilaration the first crew felt when they landed on the moon.

According to the Independent online, scientist Olav Orheim published a paper in 2011. In this publication he stated that he had found the location of the tent. He said that the tent was between 1.8 and 2.5km from the South Pole, and that it was buried 17-metres below its surface.

Although, this statement has yet to be verified to any degree of certainty, there is an Amundsen camp at the South Pole today and it is far from the tiny tent that once marked the efforts of the first explorers. 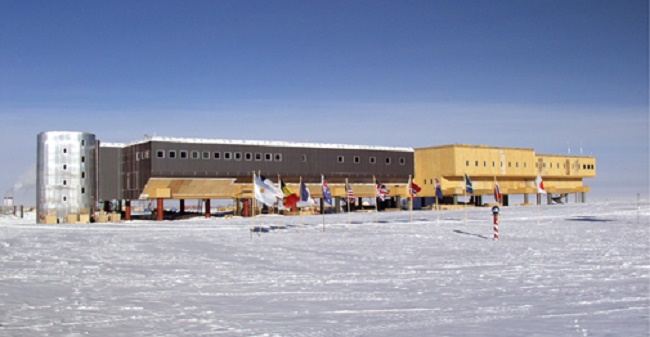 Named in honor of the two explorers, Amundsen and Scott, the Amundsen–Scott South Pole Station is a US-run research station right near the South Pole. It is the first of ten that has been built since 1956 and the first one to became a permanent human structure, setting down some of the first human presence on the entire continent. Although, the original station has been demolished and upgraded a number of times, it has retained its name as a tribute to the two leaders who raced to reach the place it now stands.

This structure employees 50 to 200 people at any given time, working in some of the extremist conditions on the planet. Those living and working at the station have the sun continuously up for six months of the year, then in darkness for the other six. Temperatures can also dip down to a whopping -82.6 degrees Celsius (-117 degrees Fahrenheit)!

Today we honor and remember those valiant efforts of the brave men who made it their mission to visit one of the most inhospitable places on earth. Without these men, we may not have the information we do today.