Looking up, it may look as if the Sun revolves around the Earth. However, astronomers, and more recently astronauts, have argued otherwise. We therefore have two ideas: one created by our eye and the other that is the result of experimenting.

The Earth revolves around the sun. On this path around the Sun, the Earth revolves around its axis at the same time. In fact, it makes 365 such revolutions or rotations while once orbiting the Sun. But the axis around which the Earth rotates does not stand at a 90 degrees angle to the plane of its trajectory, but is slightly inclined, and therefore the Sun does not heat both hemispheres of the Earth equally throughout the year. 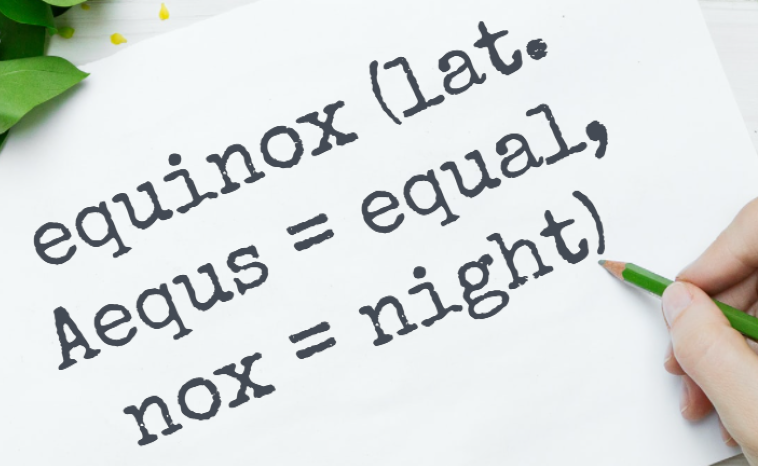 That is why there are different seasons on our planet. During the year, the Earth occupies four characteristic positions relative to the Sun.

On that day, for Earthlings, the sun rises exactly in the east and sets in the west. Day and night last 12 hours and are equal. The sun’s rays strike at right angles to the Earth’s equator. It is the day of the equinox (lat. Aequs = equal, nox = night), i.e., day of the spring equinox. This marks the beginning of spring.

The Sun is at the highest point in the sky of the northern hemisphere. This day is called the summer solstice (lat. Sol = Sun, sistere = state). Then the day is the longest in the year and the night the shortest. Summer is starting.

This is the day the summer end. On that day the sun rises in the east and sets in the west. Day and night are again the same and last for 12 hours each. Autumn begins. The day is called the autumnal equinox.

The Sun is below the equator at its lowest point. Winter begins. The night is the longest of the year and the day the shortest. It is the day of the winter solstice.

The speed of the Earth is not constant during the journey, but averages 29.79 km / s. At that speed, the Earth covers a distance of about 950 million kilometers and orbits the Sun in 365.24219 days, which is one tropical year.

This is the movement of the Sun – as we imagine it. All that is described above is experienced differently on Earth itself. Here the Sun seems to be moving and the Earth is at rest. After December 22, the sun bounces more and more in the sky every day. This lasts until June 22, after which the culmination of the Sun is getting closer to the horizon.

Since the Earth’s orbit is elliptical, the distance of the Earth from the Sun changes during the year. The sun is sometimes closer to us and sometimes it’s farther away (from 147,100,000 km to 152,100,000 km). Accordingly, the apparent diameter of the Sun, when it is closest to us, is 32`35 “, and 31`31” when it is furthest from the Earth. The apparent diameter of the Sun affects the type of solar eclipse.