With the closest images yet taken of Eta Carinae showing the amazing discovery of high velocity stellar winds, astronomers are now able to peer into this cosmic wonder to explore this amazing anomaly.

Until recently researchers could only theorize as to what is happening in the space between the two stars in the binary system of Eta Carinae. However, thanks to an international research team from the Max Planck Institute for Radio Astronomy and the image captured, they now have a pretty good idea.

Eta Carinae is located around 7,500 light-years away, with its two massive stars orbiting each other enough to produce stellar winds that can reach velocities of over 6 million miles-per-hour. In this space between the two stars, the opposing winds violently and turbulently collide.

With the help of European Southern Observatory’s Very Large Telescope Interferometer the team is able to determine what exactly is going on at the point-of-impact in this system. In addition, by taking a look into this chaotic area, astronomers are learning more about the life-cycle of massive stars. 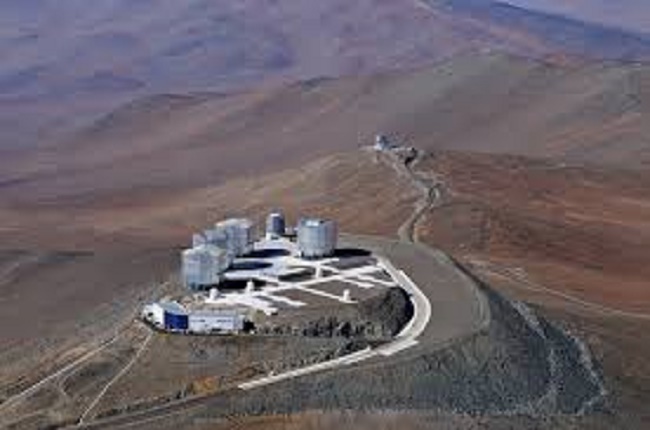 In 2005 astronomers confirmed that Eta Carinae was indeed a binary system, yet it is still difficult to fully confirm what’s going on up there. This is mostly due to the immense amounts of gas and dust being ejected from the larger star of the pair obscuring the view. But now a computer-aided workaround, called interferometry, is helping to bring this fascinating system into focus.

How does it work?

Astronomers combined the power of three of four telescopes to build a clearer image of the system with each telescope absorbing different infrared light. This provided a slightly different baseline of observational data which was then fed into powerful computers to “piece” it all together.

This “star” technique gives more clarity without having to rely on the larger, more expensive mirrors. In the case of Eta Carinae the technique allowed astronomers to clearly see a fan-shaped structure where stellar winds from the smaller, hotter star collide into the denser winds from the larger star. Remarkable, the temperatures are reaching tens of millions of degrees (hot enough to emit X-ray radiation). Plus, with this high-resolution view of Eta Carinae, astronomers could also gauge the velocities of these winds. In turn, this will yield more accurate computer models of this intriguing system.

Science has contributed so much to our understanding of space and all it holds, we are truly getting closer to knowing exactly what is happening within our universe. Stay tuned for more amazing articles.