For as long as the planets have been discovered, scientists and observers have pondered the mysteries of Saturn’s rings. Although, research has answered some of those questions, now with the help of the Cassini spacecraft, the world is about to get an up close and detailed analysis of exactly what those icy structures are all about.

On December of this year (2016) the Cassini spacecraft made its first dive through the rings of Saturn. Moving along at a whopping 47,000 miles-per-hour, Cassini’s “ring-grazing phase” was underway. For the next 5 months, the little spacecraft will dip and dive among Saturn’s rings paying particular attention to the F ring, getting as close as 5,000 miles outside this celestial marvel. 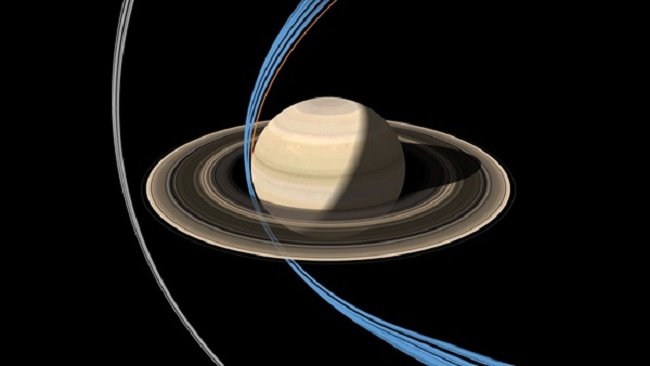 With the Help of Titan

To help Cassini enter into Saturn’s rings it has been getting gravitational boosts from the planet’s moon, Titan. In fact, it has used this source of “energy” many times since it has entered into Saturn’s atmosphere in 2004, which has been instrumental in keeping the spacecraft in the area this long. 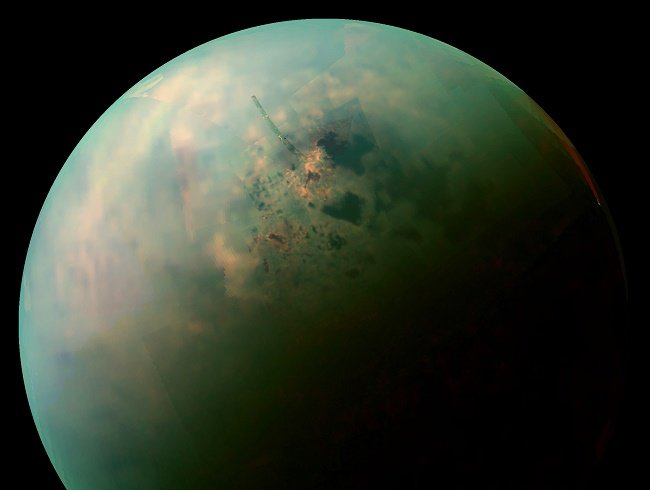 According to project manager, Earl Maize, of the Cassini project for NASA’s Jet Propulsion Laboratory (Pasadena California) Titan gives the spacecraft a boost of 500 to 700 meters/second, which is comparable to a main engine burn.  Since Cassini could not possible carry enough fuel to tour around the rings as long as it has, Titan’s gravitational boost is helping the mission along.

With Cassini’s close flyby of the F ring, scientists are hoping to collect data from, not only the complicated F ring, but also the adjacent rings of A and B.

The thin F ring is the outermost one which orbits about 140,000 km from the center of Saturn. It has spiral strands and channels and is shepherded by two tiny moonlets; Prometheus (inside the ring’s orbit) and Pandora (outside the ring’s orbit). Scientists now know that when any bodies collide within the F ring it creates dust streamers. 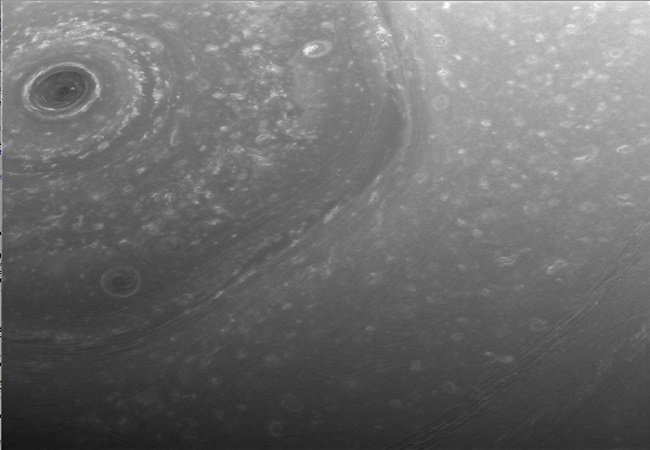 This view from NASA’s Cassini spacecraft was obtained about half a day before its first close pass by the outer edges of Saturn’s main rings during its penultimate mission phase.
NASA

Prometheus does periodically dive into the F ring as the outermost point of its eccentric orbit intersects with the innermost point in the ring’s eccentric orbit. The two orbits precess around each other. Interestingly enough, the moonlet trails dark channels in its wake through the ring particles.

Linda Spilker of the Jet Propulsion Laboratory is hoping this mission will allow Cassini to gather enough particle samples and any gases coming from the rings in order to directly measure their compositional makeup.

In order to process the samples taken by Cassini a specialized piece of equipment called, the Cosmic Dust Analyzer, will use a mass spectrometer to determine the dust’s composition.

Although, science has long ago uncovered the fact that Saturn’s rings are generally composed of water ice, there are also colors present that remain a mystery to researchers. With this mission, the project hopes to take a closer look at some of those ring particles to see exactly what they are made of and where the colors may be originating from.

In addition to particle/gas collection, Cassini is also set to view the “propellers” in the outer part of the A ring. These anomalies are being caused by small objects that are not quite massive enough to clear a hole in the ring around them. They have two small arms located at the front and at the back and are opening up a small gap in the atmosphere.

As with any great project it must come to an end. The Grand Finale for Cassini’s Saturn project will come after the ring-grazing phase, which will pull the spacecraft even closer to the planet. This is set to commence at the beginning of April 2017,  with Cassini’s closest orbits at 1,628 kilometers above Saturn’s cloud tops. The close orbits will also allow Cassini to measure the mass of the rings by subtracting the planet’s mass from the combined mass of the planet-ring system.

When the Grand Finale orbits between the planet and the rings, Cassini will also be able to measure Saturn’s close gravitational and magnetic fields and gather clues about whatever structure might be hidden beneath Saturn’s clouds.

This is an exciting time for both scientists and space enthusiasts. With Cassini’s data collecting capability we are sure to be in for a real treat after NASA processes all the data. Stay tuned for further updates as they become available.