NASA paid their respects to the passing of pop star sensation, Prince, last week by tweeted a photo of the Crab Nebula. The stunning colors of purple made his fans smile and remember his flamboyant antics and signature color.

Prince died at 57 years-old in an elevator in his Paisley Park estate in Minnesota. Although, the exact cause of death is still unknown, some speculate it could be the effects of an earlier drug overdose along with added complications of an unresolved flu he had been battling.

“A purple nebula, in honor of prince, who passed away today.”

The message received tens of thousands of retweets, becoming probably the most shared of the tributes paid to the singer after his death. 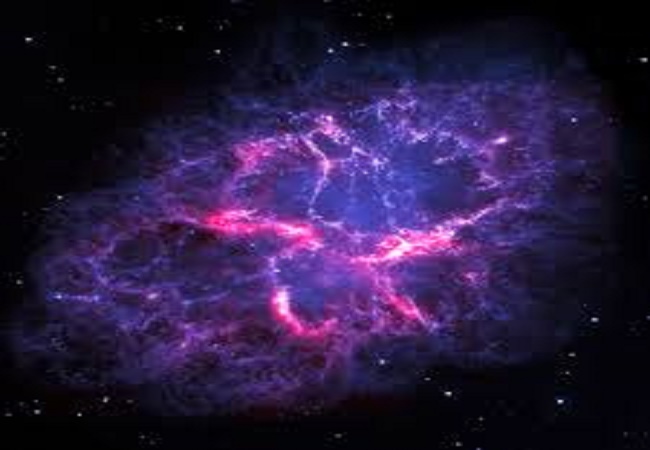 The passing of a star is always a time of mourning for his fan base; however, the tribute nebula is still a wondrous and majestic site to behold. Thanks to NASA this image of the Crab Nebula was made up by combining images from the Hubble Space Telescope and the European Space Agency’s Herschel Space Observatory.

The Crab Nebula was discovered in 1721 by a British astronomer by the name of, John Bevis. But research has since showed us that this nebula has been in existence since 1054 and was most likely witnessed by far-eastern astronomers as (at first) a bright spot in the evening and daytime sky for several weeks.

Fast Facts About the Crab Nebula

Want to read more about Nebulae? Check out ‘A Cosmic Butterfly Named the Twin Jet Nebula.’ It’s so fascinating!