Since the 1970s and 1980s scientists have been trying to locate the reason why there has been “great deviations from universal expansion.” Thanks to the CSIRO’s Parkes radio telescope, which is equipped with an innovative receiver, an international team of scientists are now able to see through the stars and dust of the Milky Way into a previously unexplored region of space dubbed, “the Great Attractor.”

For the first time hundreds of hidden nearby galaxies are now being studied which may just shed some light on a this great and mysterious gravitational anomaly. Even though it is just 250 million light-years from Earth, many new galaxies have been hidden from view until now.

This new technology may explain more about the Great Attractor region and why it appears to be drawing the Milky Way (and hundreds of thousands of other galaxies) towards it with a gravitational force equivalent to a million billion Suns. 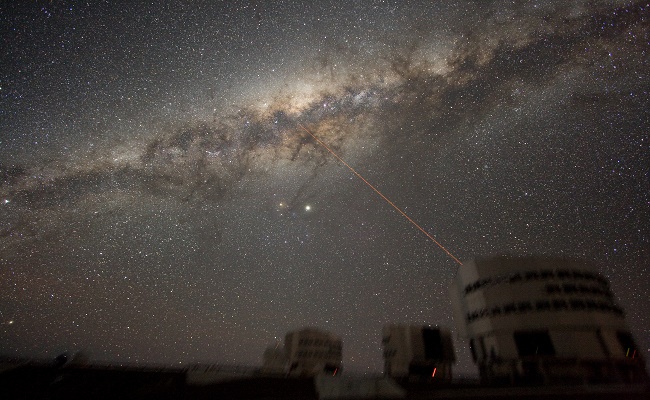 Interestingly, 883 galaxies (a third which have never been studied before) have been found using the CSIRO. Lister Staveley-Smith, from The University of Western Australia said in a statement;

“The Milky Way is very beautiful of course, and it’s very interesting to study our own galaxy, but it completely blocks out the view of the more distant galaxies behind it.”

Although the scientists don’t actually know what’s causing the gravitational acceleration of our Milky Way they are anxious to get to the bottom of it.

“We know that in this region there are a few very large collections of galaxies we call clusters or super-clusters, and our whole Milky Way is moving towards them at more than two million kilometers [1.2 million miles] per hour.”

The researchers have also been able to identify several new structures (three galaxy concentrations; NW1, NW2 and NW3 and two new clusters; CW1 and CW2) all which could help explain the rapid movement of the Milky Way.

Renée Kraan-Korteweg from University of Cape Town had this to say;

“We’ve used a range of techniques, but only radio observations have really succeeded in allowing us to see through the thickest foreground layer of dust and stars. An average galaxy contains 100 billion stars, so finding hundreds of new galaxies hidden behind the Milky Way points to a lot of mass we didn’t know about until now.”

Using the technology of CSIRO, scientists can map out the sky 13 times faster than in the past, which is going to lead to new discoveries much more quickly than in the past.

What lies beyond our Milky Way? Time will only tell what wondrous mysteries are just waiting to be discovered. Until then keep your eyes and telescopes pointed towards the night sky. Who knows what you may discover lurking about?

The Qualities in Astrology: Cardinal, Fixed, and Mutable Signs

4 tips for a stargazing date night