By buying a telescope, you enter a world full of surprises and experiences. Astronomy is the only science where we can make important discoveries with the help of amateur equipment. How is that? Because the sky belongs to nobody and at the same time – to everybody.

You can study the same “specimen” with your telescope as a professional astronomer. Estimating the brightness of variable stars or the astrometry of small planets, estimating the size of small planets, finding new comets and planets. These are all activities in which amateur astronomers actively participate. Even without expensive equipment you can observe the distant objects in our solar system all the way to the galaxies that are hundreds of millions of light-years away.

You have finally decided to buy a telescope, but which one to choose?

Never buy a telescope outside of specialized stores because the sellers will find it difficult to know your desires and the characteristics of the telescope.

If they recommend a telescope based on its magnification, know that it does not characterize the instrument. If they praise the telescope for having some extra accessories, which other telescopes don’t have, you should know again that the telescope is an extremely simple device that has not been changed for hundreds of years. If the seller is not able to simply explain the working principle to you, try your luck somewhere else. 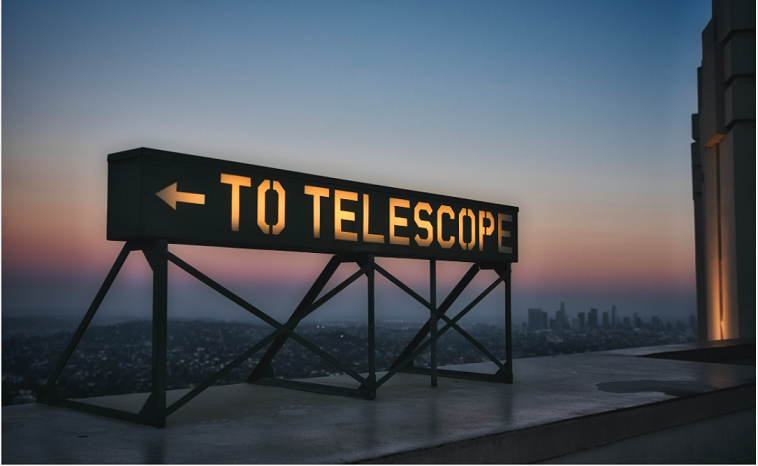 Don’t expect to see galaxies, nebulae, and the like with your telescope in the same color as we see them in images of the Hubble Space Telescope, or to see details of Mars as in the images taken from a spacecraft. At first, these distant and tiny objects will seem pale in color and poor in detail, but over time, you will learn to recognize differences in contrasts and will slowly master all the tricks of amateur astronomers.

What features of the telescope are most important?

Diameter: the most important feature of a telescope. The price of telescopes is initially determined by their diameter and the power of light collection. Since we are looking for pale spots in the sky, it really matters to know how much light our instrument can collect. We can buy one achromat (Refractor) of 8 cm, the planets and the Moon will be shown in a beautiful picture, but if we want to observe nebulae, galaxies, various constellations, comets, we will be disappointed. The price of a telescope unfortunately increases depending on the diameter.

Instruments with a diameter of 10 cm are already collecting enough light, so we can get a beautiful picture of the planet and thousands of objects in outer space. Of course, most of them will look like a stain, but with the brighter ones, we can already see the structure. So, the most important thing is the diameter so that the instrument can collect as much light as possible.

Optical quality: it is very important that the optics of the instrument reach the diffraction limit. This term was first used in the 19th century by the famous English physicist Lord Rayleigh. He saw that binary stars could be seen separately if the center of the second star’s Airy disk was in the first dark diffraction ring of the first star. When the star is viewed at high magnification, it is no longer visible as a bright flickering dot but a tiny circle, surrounded by ever weaker rings. This circle is called the Airy Disk and ideally consists of 84% of the total light. In the first ring, 7% of light is seen, in the second about 4% and so on, a decreasing percentage of light. This phenomenon is called diffraction.

Price: For a quality telescope from a well-known manufacturer like Skywatcher or Celestron it is necessary to set aside a minimum of $300 for a smaller instrument, and for those larger, 300-400 mm (lens diameter) $4000. Amateurs usually buy telescopes with a lens diameter of 150-200 or 250 mm. The prices of these telescopes range (depending on the manufacturer and the quality of the optics) from $300-$900.